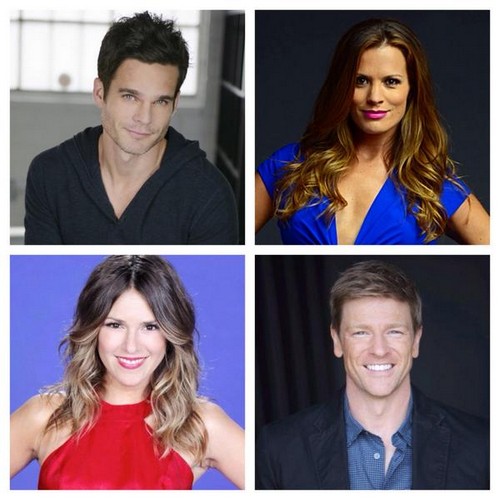 The Young and the Restless spoilers tease that the anniversary of Delia’s death will be an eventful day in Genoa City on Tuesday October 14. It’s hard to believe that a year has already passed since the fateful day Chloe and Billy’s daughter Delia was killed in a hit-and-run accident. Y&R spoilers reveal that friends and family of Delia gather around for tear filled day, and Jill announces that Victor and Nikki Newman raised enough money in the Delia fund to open a children’s theater in her honor.

According to The Young and the Restless spoilers for Tuesday, October 14, Delia’s parents are the most affected by the young girls’ anniversary of her death. While Billy spends most of the day talking to Delia’s ghost, her mother Chloe arrives in Genoa City to pay her respects, she received a 24 hour pass from the psychiatric hospital she is currently residing at. The last time we seen Chloe she was high-tailing it out of Genoa City with a stolen cup of Billy Abbott’s sperm. And, as CDL predicted Chloe is now pregnant. According to Y&R spoilers, while she is honoring Delia she rubs her stomach and talks to her unborn child.

The Young and the Restless spoilers also tease that Delia’s friends and family aren’t the only ones paying their respects on Tuesday October 14th. A mystery man leaves a purple flower at the memorial set up in Delia’s honor, however his face remains unseen. Now, the mystery man could be one of two people. Y&R spoilers revealed months ago that Adam Newman is still very much alive, and he is allegedly the driver that killed Delia. However, a lot of Y&R fans think that it may not have actually been Adam who ran over Delia. So, the mystery man with the purple flower could actually be Delia’s real killer, who is overwhelmed with guilt on the one year anniversary of the accident.

So Y&R fans, what do you think of Chloe popping up with a bun in the oven? How long before Billy learns that he has another baby on the way? And, what about the mystery man at Delia’s memorial? Do you think it was Adam Newman, or Delia’s real killer? Let us know what you think in the comments below and don’t forget to check CDL tomorrow for more The Young and the Restless spoilers.