The Young and the Restless Spoilers: Will “Shadam” Reunite as Adam Newman Returns To A Single Lonely Sharon? 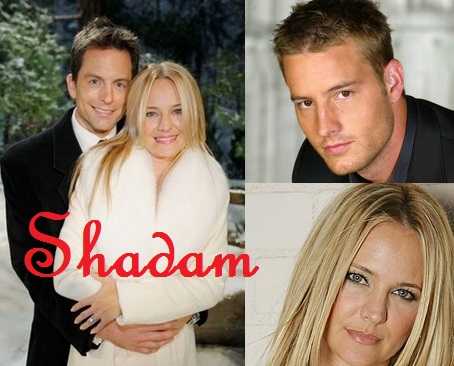 The Young and the Restless spoilers have been teasing the infamous Adam Newman’s return to Genoa City for months now, nearly a whole year. Armed with his new face, new identity, and new “grandmother,” Adam Newman is finally headed back home. It’s a little uncertain who exactly he is heading home to though, seeing as how his wife Chelsea is now living with his nemesis Billy Abbott.

The Young and the Restless rumors floating around the internet are teasing that Adam Newman may be involved with the mysterious new character Sage – who has been helping him out since he went into hiding. But, “Shadam” fans are hanging on to hope that there could be a Sharon and Adam reunion in the near future.

Y&R spoilers teased a major blow-up when Nick learned that Sharon had swapped Summer’s paternity results, and they weren’t exaggerating. When Phyllis arrived in Genoa City and dropped the bomb on Nick Newman and Jack Abbott that Summer was actually Nick’s daughter, Nick called off his and Sharon’s wedding indefinitely and informed her he was leaving her and taking their daughter Faith with him.

With Sharon Newman and Adam Newman both potentially single and ready to mingle – it looks like a “Shadam” reunion could actually be in the works. Sharon and Adam Newman have been involved in a dark romance in the past, and seemed to accept each other, flaws and all. Considering Sharon and Adam are both in a dark place right now – a reunion might be just what the doctor prescribed.

What do you think Y&R fans? Are you fans of “Shadam?” Is there a possibility they could get back together seeing as how they are both back on the market right now? Let us know what you think in the comments below and don’t forget to check CDL tomorrow for more The Young and the Restless spoilers and news.