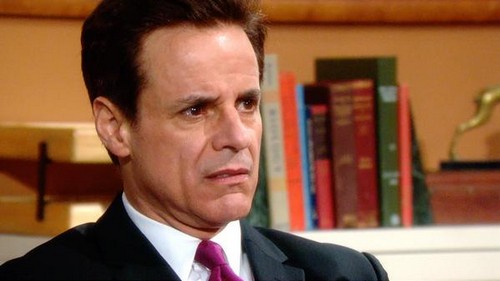 The Young and the Restless news & spoilers tease an interesting episode for fans of the CBS soap opera on Wednesday October 22. It looks like show runner Jill Farren Phelps is resorting to some far-fetched gimmicks to keep viewers interested, like magical love potions and psychics who can read the future. Earlier this week a psychic had a cryptic encounter with Michael Baldwin, moments before he learned he had cancer. And, according to Y&R spoilers, on October the 22 episode the same psychic will offer Sharon Newman some bizarre advice.

The Young and the Restless news & spoilers reveal that Sharon Newman schedules an appointment with the psychic to see if she can shed some light on the secret she has been keeping from Nick, and just can’t seem to remember. Madame Isadora visits Sharon at her home, and spots the photograph of Cassie. She asks Sharon if she received something blue lately, and Sharon remembers the wedding gift that Mariah gave her. Madame Isadora shocks Sharon, and informs her to give the gift back because she won’t be needing it. What does that even mean? She could be referencing the fact that Mariah secretly hates her, or maybe that the wedding isn’t going to happen.

When The Young and the Restless spoilers revealed a hot kiss between Stitch and Ashley Abbott, fans were in an uproar. But, according to our exclusive Y&R spoiler source, their kiss is nothing to get excited over. Apparently, the mysterious perfume that Ashley has been working on is a magical love potion that makes men unable to resist the women wearing it. Ashley tested the product out on Stitch, and he was magically attracted to her and couldn’t help but kiss her…we couldn’t make this stuff up if we tried.

So Y&R fans, what do you think of all the weird storylines on Y&R right now? Magic love potions and psychics? Has JFP lost her mind? And, what do you make of the message Sharon received from Madame Isadora? Let us know what you think in the comments below, and don’t forget to check CDL tomorrow for more The Young and the Restless spoilers.