The Young and the Restless Spoilers: Have Billy Miller or Michael Muhney Been Asked by Jill Farren Phelps to Return to Y&R?

BY Amanda Austin on May 21, 2014 | Comments: 49 comments
Related : General Hospital, Soap Opera, Spoiler, Television, The Young and the Restless 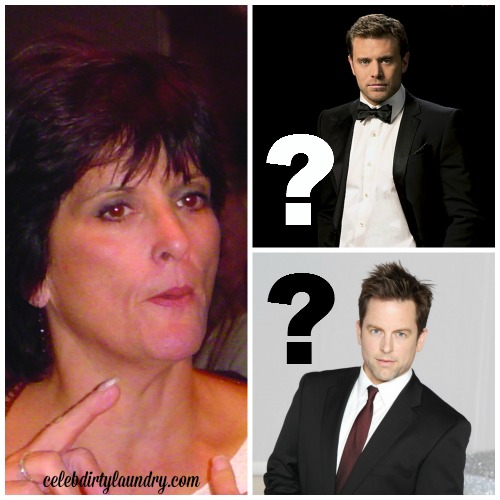 The drama behind the scenes of CBS’s daytime drama The Young and the Restless is more entertaining than what is currently going down on screen, which would probably explain why the sinking soap opera has lost over one million viewers in the last six months.

The Young and the Restless fans have been in an uproar since Jill Farren Phelps took over the popular soap opera, and began her reign of terror. Aside from the scandalous firing of fan favorite Michael Muhney, who played the popular character Adam Newman, Jill also let go Billy Miller and Michelle Stafford resigned and headed over to General Hospital. Although Michelle claims she was just not happy with playing her character Phyllis anymore, multiple media sources reported that there was bad blood between Stafford and Phelps.

It has been over five months since Muhney was accused of allegedly groping his co-star Hunter King, and Jill Farren Phelps fired him. And, we know from industry sources the Jill, executive producer, still hasn’t brought on a new actor to replace Muhney as Adam Newman. So many fans have protested Muhney’s firing and caused such an uproar, it is no secret that whoever takes on the role will likely be ridiculed and rejected by fans. No decent actor will touch the role of Adam Newman with a five foot pole right now.

According to Highlight Hollywood, Jill Farren Phelps’ job is on the line, and the fans aren’t the only ones who are disgusted and fed up with her butchering The Young and the Restless, TPTB are starting to take notice. Phelps is desperately trying to clean up the mess that she has made, and recently begged an actor she’d let go to return to Y&R. The implication in the article is that actor is Billy Miller or Michael Muhney as both former Y&R stars’ pictures adorn the post at that point.

“Just last week, Firing Phelps realized that she made a massive mistake in letting go one of the show’s popular and talented actors. She approached this actor to return. However, she made a colossal error of judgment. Her arrogance is the size of the Grand Canyon, and she made a terrible offer, and not only was she quickly rebuffed, but she was told that it is her incompetence in producing the show and bad writing and bad treatment of the show’s actor, for the reason the show is now losing millions of viewers. Jill Farren Phelps is in real danger now of losing her job.”

There is so much politics at play behind the scenes of The Young and the Restless, it’s impossible to know exactly what is going on between JFP, the cast, and SONY. Do we believe that Jill Farren Phelps’ job is on the line? Absolutely. Is there any truth to the rumor that she begged Billy Miller and/or Michael Muhney to return to Y&R? Well, that’s up to you to decide. Personally I think it’s more likely JFP went after Billy Miller than Michael Muhney, given that Billy left the show with far less bad blood between him and CBS than did MM. Let us know what you think in the comment section below!

This report is receiving lots of reaction from fans at Soap Opera Spy:

The show truly is sinking. I used to actually watch each episode. Now I just fast forward on my dvr and TRY to find a scene that interest me. This is SAD.

Well you certainly haven’t missed anything. The storylines and characters are as exciting as watching wet paint dry.

LOL good description. It is painful to watch lately

If only both were re-hired, then Y & R would get its fans back ….

New Kelly cannot act and seems so fake. I’ve watched high school plays with more talent. Abby and Tyler are pathetic. I’m sorry to seem so vicious but the show is a royal mess.

Well there are many more comments along a similar vein but this should give you a good idea of the general mood we are seeing out there. There have even been a few pro-JFP comments – just kidding!! But this post certainly got the fans reacting:

I thought that GH already picked up Phyllis & Billy Miller. The one that I really miss is MM. I’ve been saying for a while, Fire JFP. What’s wrong with Steve Burton? I don’t like him at all anymore & she’s the reason he left GH. Please.

I have always loved the fiery Phyllis. However I continued watching but the firing of Billy and Michael have me watching it on TiVo maybe once a week. The characters and the storyline is like taking an ambien/zanax cocktail

They’ve already lost Michelle Stafford, seems imperative that they get Billy Miller and Michael Muhney asap. I’d hate for Y&R to have the same fate as All my children,and another world.

CBS knew who they were hiring. Classic JFP. Fire her IMMEDIATELY. Sadly, there is usually NO COMING BACK or it takes a LONG TIME to repair JFP DAYTIME DAMAGE. FV and RC are still picking up the pieces of her debacle over at GH. I just pray that her slaughtering of daytime TV is OVER – forever. Pink Slip Please.

In the end it really doesn’t matter who she approached. Y&R in its current state isn’t deserving of MM,BM,or MS. Hopefully CBS/SONY will wise up soon.JFP has ruined a soap that was the best soap on T.V.

Everyone in the soap fan-base would be so happy if Billy and Michael returned to a show – GH has a definite opening for Jason Morgan….