The Young and the Restless Spoilers: Chelsea Tells Billy Victoria is Pregnant – Stitch and Victoria Get Hot!

BY Amanda Austin on May 28, 2014 | Comments: 5 comments
Related : Soap Opera, Spoiler, Television, The Young and the Restless 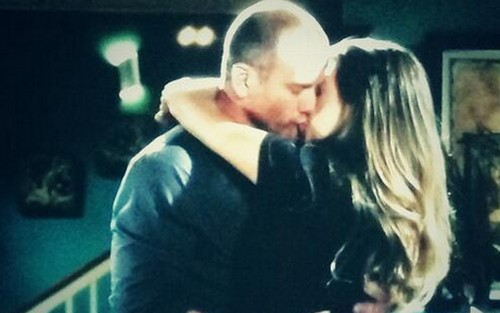 Victoria Newman has been harboring a huge secret on CBS’s daytime drama The Young and the Restless, but according to spoilers all of that is about to change. Victoria Newman learned she was pregnant weeks ago, and has been determined to keep it a secret since she doesn’t know if the father of her baby is Stitch or her estranged husband Billy Abbott.

Despite Victoria’s desperate attempts to keep her pregnancy a secret, Stitch and Chelsea both learned the truth. Stitch knew something was up and snooped around at the hospital where he works to find out why Victoria was seeing a doctor there. And, Chelsea’s prescription was mixed up with Victoria’s and she realized that Victoria was taking prenatal vitamins.

Chelsea has been pressuring Victoria to tell Billy the truth about her pregnancy since she learned about it, but Victoria hasn’t done so yet. Recently she even gave Victoria an ultimatum, and told her that if she doesn’t tell Billy soon, she will.

According to CDL’s exclusive The Young and the Restless spoiler source, on Wednesday May 28th Billy will pay Victoria and Stitch a visit. After he makes an ass of himself and pushes Stitch, Victoria kicks Billy out and neglects to tell him about the pregnancy. In true Billy Abbott fashion, Billy gets drunk and heads over to Chelsea’s house to cry to her about Victoria and Stitch. Whether intentional, or a slip of the tongue, Chelsea reveals the truth to Billy and informs him that his wife Victoria is pregnant.

Once Billy knows Victoria is pregnant, the drama is going to really heat up in Genoa City. Y&R fans can surely expect a no-holds-bar brawl between Stitch and Billy. And, the news will most likely light a fire under Billy and inspire him to get to the bottom of whatever secret Stitch may be hiding from Victoria. Then we can expect a few more weeks of a “Who’s Your Daddy” storyline before a paternity test is taken and the father of Victoria’s baby is revealed.

So Y&R fans, are you happy that Victoria’s secret has finally been exposed? How do you think Billy will react when he learns that there is a 50% chance Stitch is the father of his wife’s baby? Do you think Victoria will take Billy back if it turns out he is the father? Let us know what you think in the comments below and don’t forget to check CDL tomorrow for more The Young and the Restless spoilers.