The Young and the Restless Spoilers: Days Of Our Lives Star Kyle Lowder Joining Cast As Kyle Abbott 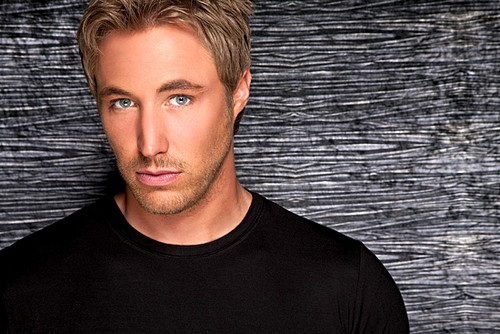 The Young and the Restless spoilers have been teasing a possible return for the character Kyle Abbott for several weeks now. TPTB at the CBS soap recently released a casting call for a character that fit Kyle Abbott’s description perfectly, further fueling rumors that he was headed back to Genoa City. For those of you who don’t remember, Kyle and Summer Newman had a complicated relationship – and were attracted to each other; however, they thought they were brother and sister. Now that the truth is out and it has been revealed that Jack Abbott is not Summer’s father, she and Kyle Abbott could totally fornicate without committing a felony. Although, she is technically a married woman.

According to a new report from Highlight Hollywood, The Young and the Restless may have already found their new Kyle Abbott. The website is reporting that Days of Our Lives alum and ex-Brady, Kyle Lowder is up for the part and being seriously considered for the role. Lowder appeared on the NBC soap Days of Our Lives as Brady Black from 2000-2005. Then he moved on to CBS soap Bold and the Beautiful and played the part of Rick Forrester from 2007-2011. Since his exit from B&B, the actor has been working on his classical music, and performing in a Broadway show in Las Vegas.

So did you watch Kyle Lowder on Bold and the Beautiful or Days of Our Lives? Do you think he will make a good Kyle Abbott? When Kyle Abbott does return, does that mean the end of Summer and Austin? Let us know what you think in the comments below and don’t forget to check CDL tomorrow for more The Young and the Restless spoilers and news.