The Young and the Restless Spoilers: Y&R Fires Josh O’Connell and Head Writers – Jill Farren Phelps Next To Go? 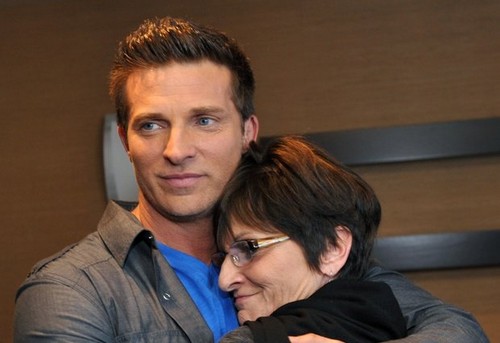 The Young and the Restless spoilers fans have been campaigning for TPTB to fire producer Jill Farren Phelps and show her the door ever since she strong-armed Michael Muhney off the CBS soap and is believed by some fans to be behind the Hunter King groping scandal that tainted Muhney’s career. To add insult to injury, after JFP fired Muhney, she then teased Y&R fans with scenes of Muhney’s character Adam Newman’s hands for months and even pretended to be trying to bring Muhney back and meeting with him about upcoming storylines just to keep his fans tuning in until she found his replacement Justin Hartley.

The chances of the CBS execs firing Jill Farren Phelps seem much more likely now than ever before, because the network is apparently cleaning house at the soap. Earlier this fall it was confirmed by CBS that their dynamic writing dup Jean Passante and Shelly Altman were ousted, and TPTB hired soap actor Charles Pratt to come in and replace them. Pratt is no newbie to soaps, and fans may remember him from his writing on One Life to Life and General Hospital. Just a few weeks after it was confirmed that Y&R had a new head writer, it was confirmed that long-time associate producer Josh O’Connell had also been fired after working on the CBS soap for almost twelve years.

With the major changes of regime occurring at The Young and the Restless, fans have begun to question if Jill Farren Phelps will be the next one out the door at the CBS soap. However, some less optimistic fans think that she may actually be behind the head-writers’ and associate producer’s firings – and is just letting them go so that she can staff the soap with her cronies, similarly to what she did with the cast.

So Y&R fans, what do you think of TPTB firing Jean Passante, Shelly Altman, and Josh O’Connell? Do you think that Jill Farren Phelps is next on the list, or is she most likely the person who had them fired? Are you a fan of Chuck Pratt, or are you one of the OLTL fans who thinks he ruined that soap? Come back to CDL tomorrow for more The Young and the Restless spoilers. Let us know what you think in the comments below!