The Young and the Restless Spoilers: Adam Tells Jack Billy Shot Him – Gabriel Makes A Move On Chelsea – Avery Shocked! 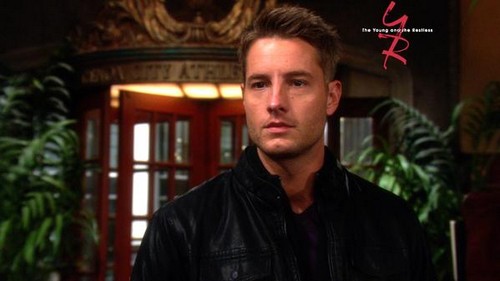 The Young and the Restless spoilers tease that the week of December 29 – January 2 will be full of must see drama as the residents of Genoa City gear up for New Year’s festivities, rumors has it Y&R fans will not want to miss a single episode of the CBS soap. According to The Young and the Restless spoilers, this is what viewers can expect to see during the week of December 29.

Monday December 29: YR spoilers tease that during the week of December 29, Adam Newman – Gabriel’s storyline will really heat up. On Monday’s episode of the CBS soap he has another heated conversation with Jack Abbott, and reveals that Billy tried to shoot and kill him before their car accident. In other Y&R news, Lily gushes to Devon that Hilary is the best thing to happen to Neil in a long time, and Neil and Phyllis have a heart to heart.

Tuesday December 30: According to The Young and the Restless spoilers, on December 30 tensions run high in Genoa City as Gabriel makes a move on his wife Chelsea – who has no idea he is her husband Adam Newman. Meanwhile, Avery is shocked when she sees Ashley Abbott on her ex-husband Joe’s arm and Phyllis and Jack have a heated argument.

Wednesday December 31: The Young and the Restless spoilers tease that on December 31 the residents of Genoa City celebrate New Year’s and Nikki Newman decides to start 2015 off with a clean slate and she makes a shocking confession. Rumor has it that the matriarch finally admits that she has fallen off the wagon again to her friends and family.

Thursday January 1: According to Y&R spoilers on January 1 fans of the CBS soap can expect to see some of our favorite Genoa City residents making their New Year’s traditions. In light of the holiday Jill and Cane have a heart-to-heart regarding their futures.

Friday January 2: According to The Young and the Restless spoilers Friday’s episode will be an eventful one, Sage and Gabriel don’t exactly see eye to eye on his attempts to reunite with Chelsea and his son. And, there seems to be a lot more to their relationship that what is on the surface. YR spoilers tease that more of their backstory will be revealed as the two ex-partners in crime face off, and Sage “turns the tables” on him.

So Y&R fans, do you think that Adam Newman will be able to make Chelsea fall in love with him as Gabriel? How will Jack react when he learns that Billy shot Adam? What does Sage do to “turn the table” on Adam Newman? Let us know what you think in the comments below and don’t forget to check CDL tomorrow for more The Young and the Restless spoilers and news.