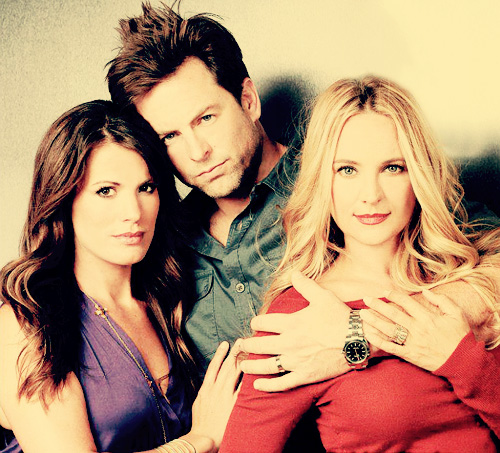 The Young and the Restless fans have been sitting on the edges of their seats, waiting for TPTB to reveal who will be replacing Michael Muhney and playing the part of Adam Newman on the popular CBS soap opera. Rumors have been circulating for weeks now that Michael Muhney was returning to Y&R, and those were his hands that we keep seeing in the infamous Adam Newman scenes, but his mother took to Twitter and quickly shot down any possibility of Muhney being on the Y&R set. For a while Y&R fans were convinced AMC alum Cameron Mathison was taking on the role of Newman, but he also took to social media and announced he wasn’t taking the part.

Well, the woman who fired Michael Muhney in the first place, and several other stars, Jill Farren Phelps finally opened up about casting a new Adam Newman during an interview in the July 14th edition of Soap Opera Digest. It’s actually quite funny, Phelps sang like a canary throughout the entire interview, and babbled about how amazing Y&R and her cast was, for literally paragraphs. That is until the magazine brought up the part of Adam Newman. When JFP was asked “how the search for Adam Newman was going,” all she had to say was, “it’s going.”

Jill Farren Phelps also confirmed in her SOD interview what we have all expected for a while now. She hasn’t even cast an actor to play Adam Newman yet. And, she is banking on the final reveal of the new Adam Newman to save her struggling soap opera. When asked if she was any closer to casting the role, Phelps told SOD, “We hope so. He’s a very pivotal character. His return will blow the canvas right open.” It’s interesting that she thinks introducing her Michael Muhney replacement is going to “blow the canvas right open.” I’m no expert, but judging from fan feedback I’d say officially replacing Muhney with a new actor is going to hurt the soap opera, not help it.

But, wait…there’s more. Just when you thought JFP couldn’t get any more delusional about the state of The Young and the Restless, she was asked about all of the major characters checking out lately, like Muhney, Miller, and Stafford and how fans felt about it. Her response? “The show must go on and it has successfully done so for over 40 years, and it will continue to. We are only going to get stronger and stronger.”

Stronger and stronger? Apparently no one gave her the memo that General Hospital is leading the ratings race in some of the key demos now. We couldn’t make this stuff up, check out the latest edition of Soap Opera Digest and you can read the three page spread of Jill Farren Phelps propaganda yourself. Oh, and feel free to rant in the comment section below.