The Young and the Restless Spoilers: Michael’s Cancer Past Stage One – Avery Threatens Sharon – Joe Clark Flirts With Lauren 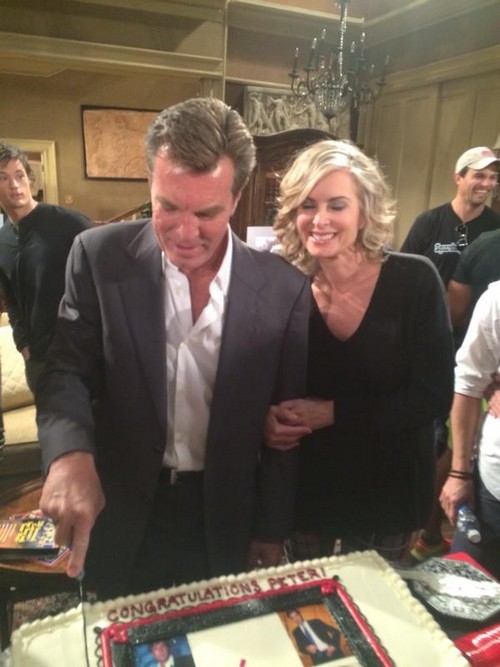 The Young and the Restless spoilers tease that on Wednesday November 19 the battle lines will be drawn for Nick Newman and Sharon’s messy custody case over their daughter Faith. According to Y&R spoilers, Avery will pay Sharon a visit as Nick’s lawyer and list off all of the horrible things she has done and try to convince her to just hand Faith over now, because there is no way she will win the court battle. Ironically, after her meeting with Sharon, Avery pays Nick a visit and warns him that there is a chance they could lose the case because Nick had no problem trusting Sharon with his daughter last month when they were still in a relationship.

The Young and the Restless spoilers have been teasing Michael Baldwin’s cancer and possible demise for quite a while now. According to Y&R spoilers for November 19, Michael heads to his doctor’s appointment, which Kevin attempts to crash for some answers. Unfortunately, Michael’s doctor doesn’t have many answers and insists on doing some more tests. Michael’s doctor does reveal that his cancer is past Stage 1 and he will be needing treatment, now they plan to see if it has spread.

Meanwhile, Michael’s wife Lauren Fenmore has an awkward meeting with Avery’s ex Joe Clark. Although Avery thought Joe was coming on to her, Y&R spoilers tease he actually has a business proposition for her and would like her to rent a space in his newly acquired buildings for her store. According to The Young and the Restless spoilers on November 19th fans can also expect to see Dylan and Sharon share a heartfelt moment, and Kevin and Mariah get close as well.

So Y&R fans, do you think that Nick will win his custody case against Sharon? Is Avery making the case a little more personal than it should be? Do you think Michael will beat the cancer, or is this just the beginning of the end? How do you feel about a possible relationship between Mariah and Kevin? Let us know what you think in the comments below and don’t forget to check CDL tomorrow for more The Young and the Restless spoilers and news.