The Young and the Restless Spoilers: Neil Regains Vision But Catches Devon and Hilary Hooking Up – Christmas Miracle Turns Sour? 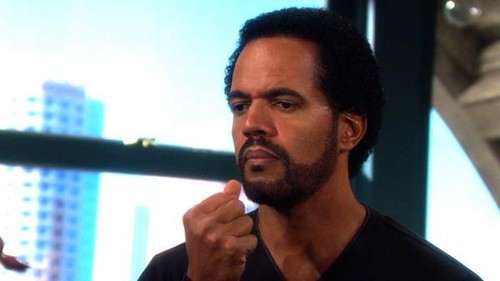 The Young and the Restless spoilers tease that there might just be a Christmas miracle in Genoa City this year.  Earlier this year Neil Winters was blinded after an electrocution incident, and Y&R fans have been cringing as his wife Hilary cheats on him with his son Devon… literally right in front of the clueless blind man.  But, according to all new The Young and the Restless spoilers, Neil may not be blind for much longer. Neil is destined to catch his son and his wife in flagrante delicto!

According to The Young and the Restless spoilers in the latest edition of Soap Opera Digest, when the Winters Family gathers to celebrate the holidays, Neil makes a shocking confession to his son-in-law Cain.  Apparently Neil has been participating in an experimental treatment that might help him regain his eyesight, but he hasn’t told anyone in his family about it because he didn’t want to get their hopes up.

The Young and the Restless spoilers in Soap Opera Digest go on to reveal that, “As the guests prepare to open presents, Lily lights a candle.  Neil is taken aback when he sees a bright flash of light, and then a shadow.”  It sounds like Neil is going to be seeing again before we know it – and it’s perfect that he hasn’t told his wife Hilary.  Imagine Devon and Hilary’s surprise when they sneak a kiss in front of Neil and he can see them!

So Y&R fans, how much longer do you think it will take Neil to fully regain his sight?  When Neil does so will he be shocked by what he sees going down between Devon and Hilary? How long will he allow the affair to carry on before he reveals he can see them?  Let us know what you think in the comments below and don’t forget to check CDL tomorrow for more The Young and the Restless spoilers and news.