The Young and the Restless Spoilers: Nick’s and Sharon’s Bachelor Parties Cause A Brawl – Phyllis Breaks Into Nick’s House 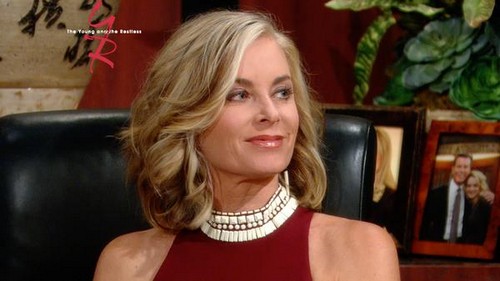 The Young and the Restless spoilers tease that Nick and Sharon’s wedding is just a few days away, and it wouldn’t be an official wedding without a wild bachelor and bachelorette party. With all of the scandals and rivalries, the last thing the residents of Genoa City need is to be locked in a tiny bar with endless booze, but that is exactly what the Y&R writers do on Tuesday, September 30.

The Young and the Restless CDL exclusive spoilers for September 30 tease that Nick and Sharon’s bachelor and bachelorette parties start off without a hitch. However, an unforeseen rainstorm causes both parties to head to Nikki’s favorite hole-in-the-wall bar to continue their festivities. When the booze starts flowing, everyone seems to find the courage to tell each other how they really feel. While Nikki sneaks drinks, Mariah does everything she can to get on Abby’s last nerve, and tensions run high. According to spoilers, Michael runs in to a criminal he helped send to prison, and the first punch is thrown. All hell breaks loose at the bar and a brawl ensues, resulting in half of Genoa City behind bars.

According to Y&R spoilers, while everyone is off partying (a little too hard), Phyllis Newman takes the opportunity to snoop around Nick and Sharon’s house. While she is leaving Nick a note, she discovers Sharon’s parking ticket and leaves the ranch distraught. Unfortunately, she never finished writing her note — we can only hope that it was going to go a little something like this, “Dear Nick, your fiancée put me in a coma and switched Summer’s DNA results.”

So, Y&R fans, are you looking forward to the wild brawl on September 29th? Or do you think the Y&R writers should have left the “entire wedding party winds up in jail” story to the producers of the Hangover movie franchise? Do you think Phyllis remembers Sharon’s secret? Let us know what you think in think in the comments below and don’t forget to check CDL tomorrow for more YR spoilers.