The Young and the Restless Spoilers: Stitch’s Ex-Wife Jenna Returns [Stephanie Lemelin] and Breaks Up His Relationship With Victoria? 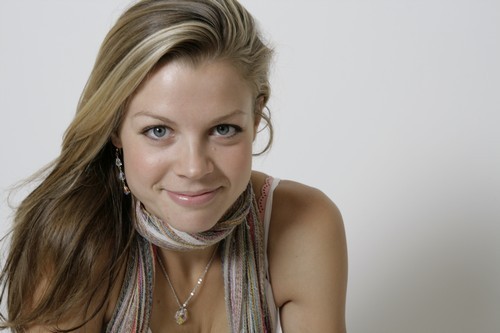 The Young and the Restless spoilers have been teasing Stitch’s secret for literally a year. It seems like everything is out on the table now and Stitch has no skeletons left in his closet. Victoria’s maybe baby-daddy’s name has finally been cleared and the truth is out, Victoria knows he didn’t kill his father, he just took the rap for his crazy mom Maureen. So, in a perfect world Victoria’s daughter would wind up being Stitch’s and they could all live happily ever after and Abby could stop following him around town and calling him a murderer.

Y&R rumors floating around the Internet right now tease that there won’t be a happy ending for Stitch anytime soon, not with Victoria anyways. Rumor has it that now that Stitch’s name has been cleared, actress Stephanie Lemelin may be returning to Genoa City as his ex-wife Jenna. When Billy and Chelsea visited Jenna in Australia, it was clear that the reason Stitch wasn’t allowed to see his son Max was because Jenna thought that he was a murderer. So, it’s makes sense that now that the truth is out Jenna may bring Max home and allow Stitch to see him.

There always seems to be a new twist waiting around the corner to derail soap couples from their happily ever afters. We could totally see Victoria choosing Stitch, and then Jenna arriving and stirring up trouble for the couple. What do you think Y&R fans? Would you like to see Jenna and Max head to Genoa City? Does Stitch still have feelings for Jenna? Let us know what you think in the comments below and don’t forget to check CDL tomorrow for more The Young and the Restless spoilers and news.