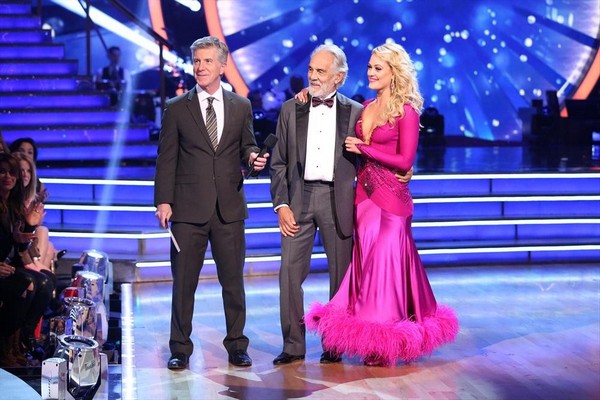 Tonight on the season 19 week 7 of Dancing with the Stars Reality Canadian comedian, actor, writer, director, activist, and musician Tommy Chong & his partner Peta Murgatroyd danced a Quickstep to “That Old Black Magic” by Louis Prima & Keely Smith.  The eight remaining couples will perform an individual Halloween-themed routine in addition to a competitive team dance. For the team dances, the cast has been divided into two frightening teams: #TeamCreepDuSoleil and #TeamItsyBitsy.

These two teams will compete against each other, vying for a perfectly wicked score from the judges.  At the end of the night, one couple will face elimination. Did you watch tonight’s performance episode?  If you missed it we have a full and detailed recap, right here for you.  If you missed any of tonight’s videos we have them all for you too!

On last week’s episode Tommy performed a Foxtrot and Julianne loved it saying,   “That was so awesome, Tommy from week 1. I think that you could be in the competition for a long time.”  The judges scored Sadie a 28/40.  If you want to see her Rumba from last week, you can check the video out here.

Tommy Chong and professional dancer Peta Murgatroyd: dancing a Quickstep routine.  Tommy has been getting ready for his dance and tweeted, “Doing the Quick Step this week on DWTS….Its fast but I can do it! Vote for Tommy and Peta and save the world..”

Vote for Tommy Chong and professional dancer Peta Murgatroyd at voting #: 1*800*868*3413.  If you want to know what the judges said about her performance tonight head over to our nifty recap, right here.