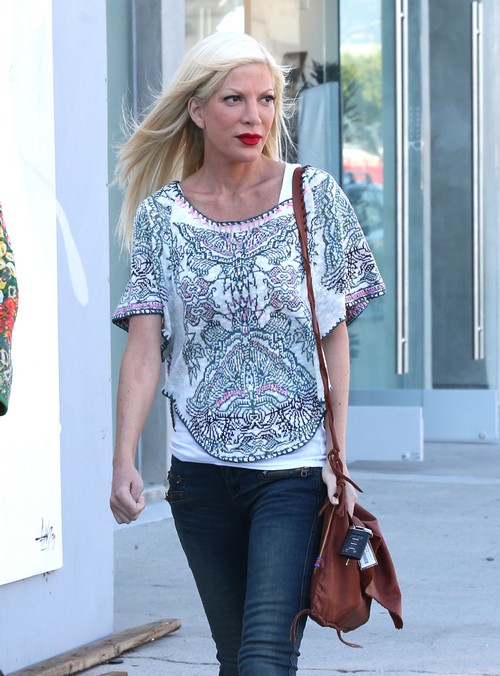 Tori Spelling and Dean McDermott want to document their marriage troubles for reality television. If you didn’t believe they were famewhores before, then you better hop on that train now.

Tori and Dean are not new to taking advantage of their marital problems for extra publicity, and they just so happened to get more attention this time around. Dean’s been cheating on Tori for years, but she just recently found out? Puh-lease. She knew about it for ages, but she never did anything because staying with him benefited her more than if she had left him.

And this time, the numerous magazine covers, the tabloid exclusives, the interviews – I wouldn’t be surprised if Tori and Dean were salivating with joy at all this coverage. In fact, I’d be willing to bet some good money that they were the ones who leaked the entire ordeal to the press in the first place.

Shocked? Don’t be. Celebrities do this sort of thing all the time, and for a couple of D-listers like Tori and Dean, this is practically their income source. Neither of them has been relevant for years, and now they’ve managed to carve themselves a little space in pop culture. A very tiny, tiny place in pop culture, but still – beggars can’t be choosers.

Anyway, Lifetime is the network that has decided to take the plunge. They’ve ordered a six-episode series titled ‘True Tori’, which will be a docu-drama focusing on, “The couple as they navigate the unknown road ahead, beginning when Dean leaves treatment… Since viewers will be seeing events almost immediately after they occur, nobody knows how the drama will unfold — not Tori, not Dean — and only time will tell if Tori and Dean’s marriage survives.”

‘Nobody knows how the drama will unfold’? Are they serious? Everyone knows how this will unfold. Tori and Dean will milk their ‘marriage troubles’ for the camera, and then end on an ambiguous note, hoping they’ll get renewed for yet another season. Their poor kids – isn’t this grounds for Tori and Dean to lose custody?

Will you guys be watching ‘True Tori’ when it premieres on April 22nd? Let us know your thoughts in the comments below.