Twisted Star Avan Jogia and Zoey Deutch One of Hollywood’s Most Adorable Couples? 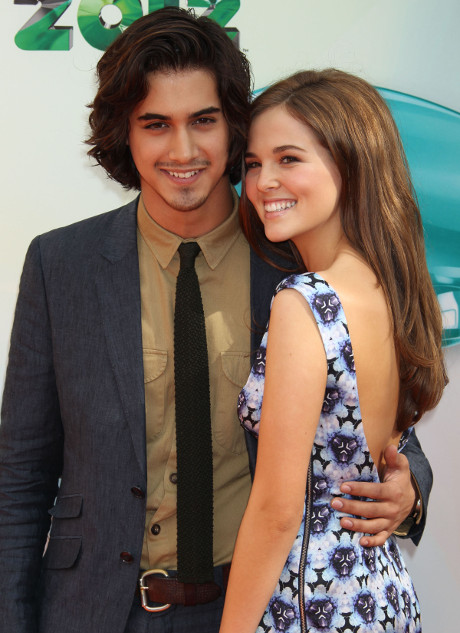 If you’re a fan of the popular ABC Family show Twisted, then you’re undoubtedly familiar with Avan Jogia, who plays the role of Danny Dasai. While Avan’s romantic life might be complicated — and, ahem, twisted — on his hit show, his off-screen love life is an altogether different story. In real life, Avan’s dating Zoey Deutch, who recently starred in Vampire Academy, the new fabulous movie about vamps and glorious teenage angst.

Zoey and Avan have been dating for about a year now, and they’re so in love it actually hurts our insides a little (but only in the best possible ways, of course). The long-dark-haired Twisted actor recently celebrated his 22nd birthday alongside his leading lady and, together, the two had an epic night out in New York City, which consisted of a lovely play and some surprise donuts — courtesy of Zoey.

Alongside the delicious donut pic, which Zoey posted on Instagram, she said, “Birthday donuts from the Donut Plant for jogia!! @ New York City.”

I’m not sure how much longer this relationship will last (my celeb romantic-o-meter is currently in the shop), but if their support for one another is as strong in real life as it is on their social media accounts, then I’d say Z+A are lookin’ good. Now, what do you think it’d take to get a classy celeb to send some surprise donuts our way (we pay in hugs and good luck charms)?