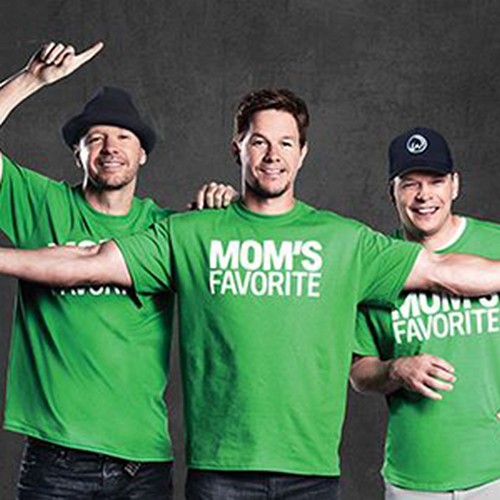 Wahlburgers airs tonight on A&E with a premiere episode. On tonight’s episode it’s NFL tight end Rob Gronkowski gets a cooking lesson from Paul in the Season 2 premiere.

For those of you who are not familiar with Wahlburgers, the show gives a behind-the-scenes look into one of Boston’s most well-known families, the Wahlbergs. Brothers Mark and Donnie head back to their hometown to join forces with their professed ‘most talented sibling,’ Paul, in their tasty business venture. A homage to their humble beginnings, the hamburger restaurant is home base for the gang from the old neighborhood, including the real Johnny “Drama” and their spirited mother Alma.

On tonight’s episode when Donnie asks Paul to join a fantasy football league, Paul decides to enlist the help of New England Patriots’ Rob Gronkowski. In return, Paul gives “Gronk’ a cooking lesson to prepare for an important family meal. In LA, Mark takes Drama to the dentist to take his teeth, and his acting career to the next level. And when Alma gets a new smartphone, she quickly becomes addicted to a host of new apps.

Tonight’s episode of Wahlburgers begins with Danny recruiting Donnie to be on his fantasy football team. He says that they need a “mush who doesn’t know anything about football for his team.” Donnie knows the perfect person, and calls Paul up and recruits him to play on the team.

Alma got a new cellphone, and she is pumped because she realizes she can play Mahjong on her new phone. Mark calls her, but she tells him to “speak fast so that she can get to the next level.” Mark argues that it is important, but Alma hangs up on him. Mark’s assistant Kari at the restaurant are concerned that Alma is addicted, because she isn’t greeting the customers like she is supposed to and she deletes the Mahjong app from her phone on her.

Paul meets up with his friend Rob Gronkowski, the tight end for the New England Patriots. He recruits him to teach him how to play fantasy football. Ron agrees under one condition, Paul needs to teach him how to cook because he is having a cook out.

Johnny picks up Mark in his old car. Mark is excited to see that he still has it 17 years later. While they are driving Mark asks Johnny about his auditions, but he didn’t get the job. Mark watched him audition, and he thinks that he was being shy and self-conscious because of his teeth and he tells Johnny they have to go get them fixed. Johnny doesn’t want to hear it though, he has had seven root canals since 1990 and he doesn’t want any more.

Donnie and Alma have a tradition, before every performance he always calls his mom. But, Alma ignores his phone call because she is busy shopping online and playing Mahjong on her new phone. At the restaurant Mark’s assistant Kari is worried about Alma’s shopping habit on her phone, she just bought a massage table.

Johnny and Mark are sitting at the dentist’s office waiting room, they finally head back to see the dentist. The dentist takes a look at Johnny’s teeth and says that they have to do one last root canal and then they are going to give him 28 crowns. Mark is shocked and asks if Johnny even has 28 teeth, and the dentist reveals he is going to get a crown on every single tooth.

Rob heads to Wahburgers for his cooking lesson with Paul, he teaches him how to make pasta and sauce, and Rob is going to teach him who to draft for his team the “Wahl Ballers.” Paul is overwhelmed by all of the players he needs to draft, and Paul doesn’t even know what half the positions are he is supposed to be drafting.

At the dentist’s office Mark holds Johnny still while he gets more work done on his team. Meanwhile, it’s time for Paul to draft his fantasy football team, and he chooses Tom Brady over Ron Gronkowski. Later at the cook out Rob founds out Paul chose Tom Brady over him, and he is furious. Ron tells his Dad what Paul did, and the whole family gangs up on him. Ron and his Dad says that from now on they are going to Pizza Hut instead of Wahlburgers.

At the dentist office, Johnny’s root canal is over, and he is traumatized. He thinks the dentist should send him to the Four Seasons for a face massage. Mark is excited for him because he knows it will boost his confidence. Now, he just has to get his 28 crowns, and Mark promises to be there for him every step of the way.

At Wahlburgers, Alma receives all of her packages that she bought online. She bought Paul new sneakers, dog food, socks, and toys for his dog. Paul and Donnie agree that their mom has a shopping sickness.