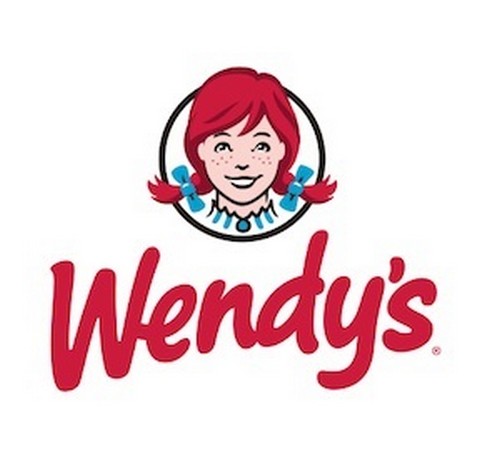 My best friend has always been my sister Rosie. She has always been the first person I call when I want to talk about something important or talk about nothing at all. Rosie and I try to get together at least one or twice a month to grab a bite and have a good gossip and just catch up on things. One of the places we love to meet and eat at is Wendy’s. What makes Wendy’s stand out for us is that it always has healthier options than other fast food chains. Not only is Wendy’s always friendly and comfortable for us but the delicious food, especially with healthy choices, makes it the perfect spot.

When Rosie and I were growing up our parents use to take us to Wendy’s for the salad bar. Can you believe they were the first restaurant that brought the salad bar to customers more than 30 years ago?

When I recently heard that Wendy’s was introducing three new mouth-watering salad options I knew I had to invite Rosie for a Ladies Only Lunch. Now we can choose from Asian Cashew Chicken Salad, BBQ Ranch Chicken Salad and Taco Supremo Salad – all new and delicious. I The 3 new salads are 50% lower in calories from fat – that’s right 50% in grams of fat, 29% lower in sodium, and 61% lower in saturated fat. Wendy’s is tapping into popular culinary trends to add exciting flavour layering to the new salads.

Having visited Wendy’s many times over the years we had both tried the Taco salad many times and even though the recipe has changed we both decided to be adventurous and try something completely different – something new. Believe me we did not regret it.

When we went to order our salads we were pleased to see that unlike other restaurants we were given a choice of either half-sized portions or full-sized portions.

Rosie chose the full-sized Asian Cashew Chicken Salad. Can you believe the full-sized salad with dressing is only 370 calories? The salad includes fire-roasted edamame, fresh red peppers and cucumbers, a lettuce blend of 11 different kinds of greens. (Wendy’s slices their tomatoes, cucumbers, and red peppers by hand in the restaurant) The dressing was a light Asian Chili Vinaigrette. Rosie loved the salad and found it very filling. She felt the warm chicken and crunchy cashews were a perfect complement to the salad. 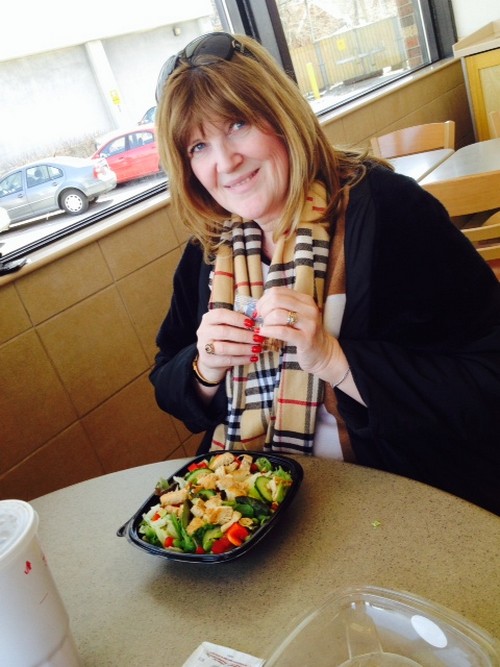 I chose the BBQ Ranch Chicken Salad. It was so yummy it was like having a BBQ in a bowl. The salad has premium ingredients that you see around your grill, such as fire roasted corn, freshly diced tomatoes, shredded sharp cheddar cheese, applewood smoked bacon, and a honey BBQ sauce. The salad is served with a BBQ Ranch dressing, made with real buttermilk, parmesan cheese, ancho chili peppers, honey and brown sugar. A warm, grilled chicken breast fillet adds the perfect amount of heat, all drizzled with a honey barbeque sauce. I loved the dressing it was sweet with a touch of smokiness. 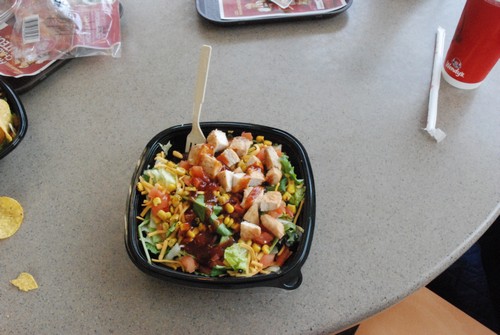 While having lunch Rosie told me she needed a hug from her big sister and best friend, Me! She was somewhat distraught, she told me her twin sons told her that she, “was not cool, she was an un-cool Mom.” I was surprised she was so upset about it, but I could see she was serious. She felt I was lucky because I had a daughter, so it was easier for me to be a “cool Mom” because both being women, my daughter and I had a lot in common.

Rosie’s boys have just hit 13 and they’ve rapidly switched from listening enthusiastically to her advice to gazing over their shoulders as they try not to nod off when she speaks or rolling their eyes. They think they know it all now – and then some. Rosie has worked hard not to be the un-cool Mom by keeping up-to-date with Pop Culture, dressing smartly and trying not to embarrass them in public – of course just being with their mom out of the house is sometimes enough to do the trick! However despite all her effort it seems she is un-cool in the eyes of her twin boys.

I assured Rosie that it is a rite of passage as children enter their teen years and it happens to all parents. When my daughter was 13 it was as if her body become possessed by an alien and for one-year I was so un-cool that she could hardly stand me.

I reminded Rosie of what my father told me at the time when I was upset with my daughter’s teen behavior. He quoted Mark Twain saying, “When I was a boy of fourteen, my father was so ignorant I could hardly stand to have the old man around. But when I got to be twenty-one, I was astonished by how much he’d learned in seven years.”

I let Rosie know that I told my daughter that quote and several years later we both laughed about how I had indeed learned much over the years. Rosie and I ended up laughing a lot and reminisced how we felt the same thing about our parents when we were younger. 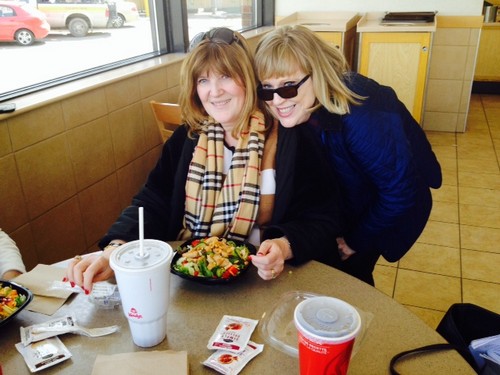 Wendy’s understands that women like to talk about things, relax and have fun.  That is why Wendy’s added these new salads with freshly prepared ingredients and delivering unrivaled taste in every bite.

In fun news, Wendy’s has created a cool series of episodes on YouTube called, “Girlfriends at Wendy’s Eating Salads and Talking about Stuff“ make sure to check them out.

Is there a friend of family member you want to catch up with?  Make that call today and extend an invite to sample one of the new salads and enjoy a good gossip! My sister Rosie and I had a great chat and great meal – Wendy’s made it all possible with their welcoming environment and healthy salad meal choices. There is no replacement for a good gossip and good food with someone you enjoy being with. Time spent together with a friend or family member while enjoying a meal is an experience that is always great and always fresh – like Wendy’s salads!

Disclosure: Although this post has been generously sponsored by Wendy’s, the opinions and language are all my own, and in no way do they reflect Wendy’s.