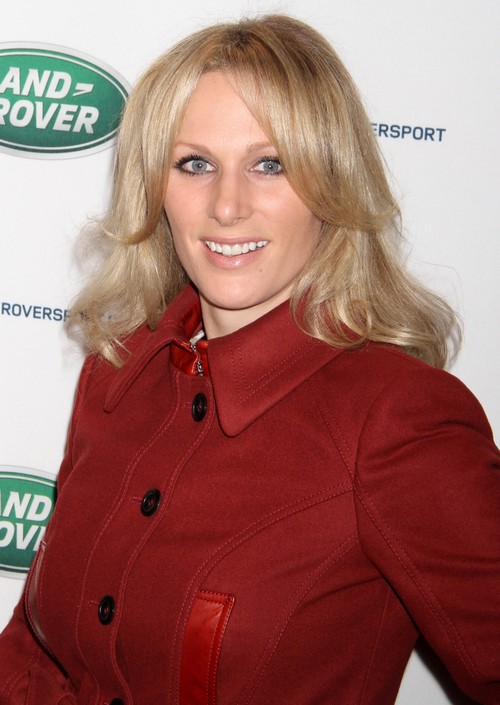 After what seems longer than all of Jessica Simpson’s pregnancies combined,  Queen Elizabeth’s granddaughter Zara Phillips finally gave birth to her first daughter today.  Now Kate Middleton and Prince William will have a royal playmate for Prince George. The official website of the British Monarchy reported:

THE FOLLOWING STATEMENT IS ISSUED BY THE PRESS SECRETARY TO THE QUEEN,

Mrs Mike Tindall today safely delivered a baby girl at Gloucestershire Royal Hospital. Mr Mike Tindall was present at the birth. The weight of the baby was 7lbs 12oz.

The Queen, The Duke of Edinburgh, The Princess Royal, Captain Mark Phillips and Mike’s parents, Mr Phillips and Mrs Linda Tindall, have been informed and are delighted with the news. The baby’s name will be confirmed in due course.

The happy couple got married in 2011 at the Canongate Kirk in Edinburgh/Scotland. They announced Zara’s pregnancy back in July 2013, shortly before Kate Middleton gave birth to little Prince George.

Zara is an accomplished equestrian. Riding her horse Toytown, she collected individual and team gold medals at the 2005 European Eventing Championship in Blenheim, and individual gold and team silver medals at the 2006 FEI World Equestrian Games in Aachen, Germany, making her the reigning Eventing World Champion until 2010. In June 2012 she competed in the London Olympic Games on her new horse, High Kingdom and won a silver medal which was presented to her by her mother.

According to The Telegraph she plans to get back in the saddle and return to competitive eventing soon, just like her mother the Princess Royal did. She is hoping to enter the Badminton Horse Trials in May, followed by the World Equestrian Games in France in August.

She has already indicated she will take her baby with her on the eventing circuit; just as Anne did after Zara was born.

The new royal baby can expect to grow up immersed in the equestrian world. Zara learned to ride at the age of four. With rugby player Mike Tindall as a father, the baby girl is likely to have an early introduction to an active, sporting life.

She will also spend time with Prince George as Zara is close to Wills and actually Georgie’s godmother.

But the two babies’ destinies are remarkably different, with George a future king – although his days as monarch are likely to be a long way off – and the Tindall baby much freer to carve her own path in life.

What do you guys think? Are they going to succeed in giving their baby girl a “normal life” or is she going to be chased by paparazzi as all the other royals?