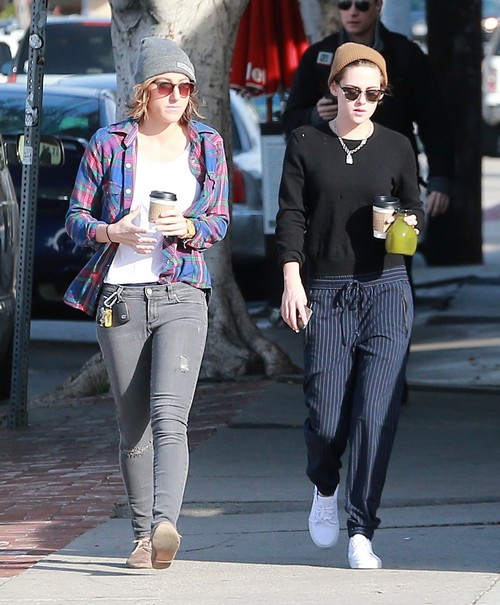 Are Alicia Cargile and Kristen Stewart already living together? According to a new report from Star Magazine, Kristen and Alicia have started looking for a place together in LA. Honestly, I’m surprised that they’re not already living together – or at least, ‘unofficially’ living together. Technically speaking, Kristen Stewart and Alicia Cargile have been best friends for many years, and Alicia’s even done a stint as Kristen’s personal assistant. Usually speaking, people that are that close – especially ones that are unattached – do end up getting a place together.

Now, I don’t think that’s as likely as Alicia and Kristen realizing they had feelings for each other last year and starting to date – but still, the principle stands. Kristen Stewart and Alicia Cargile are getting serious and ‘taking their relationship to the next level’, which is obviously living together.

As we all know, Kristen did live together with Rob when they were dating, so this is nothing new for her. Plus, relationships in Hollywood tend to move ten times faster than relationships in ‘normal’ life, so Kristen and Alicia discussing living together right now really isn’t that far-fetched. Plus, it’ll give them some privacy from having to drive to each other’s places all the time, which will only give the paparazzi more opportunities to get candid shots of Kristen going into Alicia’s home and vice-versa.

What do you guys think? Are Alicia Cargile and Kristen Stewart planning to live together in LA? Or are they already living together? Let us know your thoughts in the comments below.