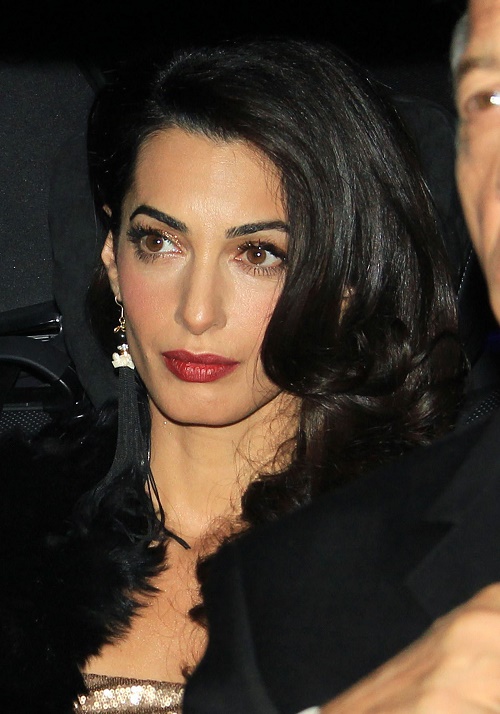 Marrying an A-list Hollywood celebrity comes with its downsides, not least of which is that you lose privacy and autonomy. However, Amal Alamuddin is dealing with more than that, especially since she married George Clooney. Even though George had gone around saying that he had no interest in marriage and children for years [after his first marriage ended in 1993], his actions haven’t exactly stuck in line with that. He married Amal Alamuddin this year, and next thing we know, there are rumors that Amal is pregnant.

Now, Amal Alamuddin is a fairly independent and strong-minded woman, and I’m sure that’s one of the reasons that George Clooney married her. However, as I mentioned in the beginning, Amal’s desires and wishes will always, always come second to George Clooney’s, purely because he’s George Clooney and he’s a big A-list movie star. If he wants children, Amal isn’t going to say no, is she? In that same vein, even if she’s not pregnant now, she’s not going to say no to having a baby in the future – especially if George Clooney wants a child. What George wants, George gets.

What do you guys think? Will Amal Alamuddin get pregnant for George Clooney and have his baby, even if it’s not what she wants? I mean, her career is still going strong, and having a child would put a significant damper in that, wouldn’t it? Of course, George isn’t going to take a break from his producing and filmmaking to look after a small child. That means that whatever Amal chooses, she’ll have to think hard about giving up her career for A-list movie star husband.