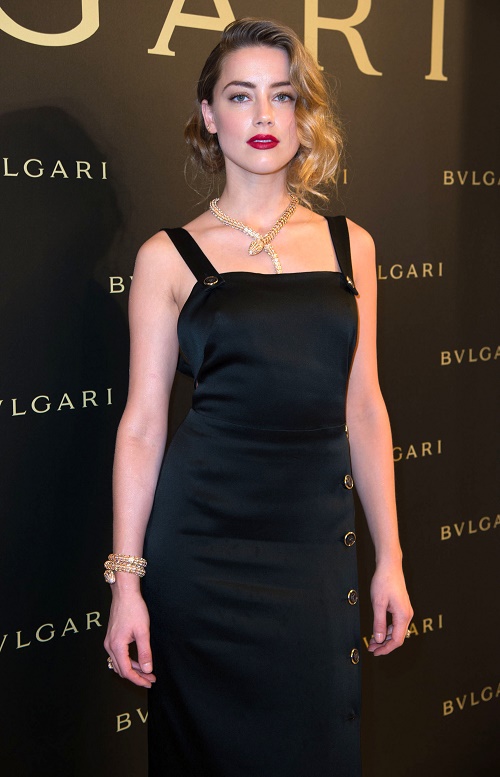 Johnny Depp and Amber Heard have been on the verge of a divorce for weeks, and reportedly fighting like cats and dogs. Despite Johnny’s drinking problem and the cheating scandals that have plagued the couple since their wedding earlier this year – Amber Heard has made one last-ditch attempt to save her marriage with a grand gesture. She changed her last name to Depp!

According to the July 27 edition of OK! Magazine, Amber is still going by the stage name Amber Heard, but all of her legal documents now list her names as Amber Depp. OK! Magazine’s inside sources reveal, “It is her way to try to prove to him that she is in it for the long haul. She is keeping her maiden name professionally, but legally she changed it to Depp. Things have calmed down, they’re not fighting and they seem really happy.” Apparently, those old adages about how important a name are ring true.

We’re a bit skeptical though. Drinking problems and cheating scandals don’t just go away after a trip to the courthouse to change your name. If anything, Mrs. Depp’s new moniker is just a temporary bandaid on some serious marriage problems. Amber Heard may not have successfully saved her marriage by changing her last name, but rumor has it that she did successfully get underneath Johnny’s ex Vanessa Paradis’s skin with her romantic gesture. It’s no secret that Vanessa is not happy about Johnny replacing her with a younger woman – but the fact that after their 14-year relationship Vanessa never got to have Johnny’s last name, but Amber does is sure to burn a little, okay maybe a lot.

Do you think that changing her last name to Depp is really doing to solve all of Amber and Johnny’s relationship woes? Is there still a divorce in their near future? Let us know what you think in the comments below!