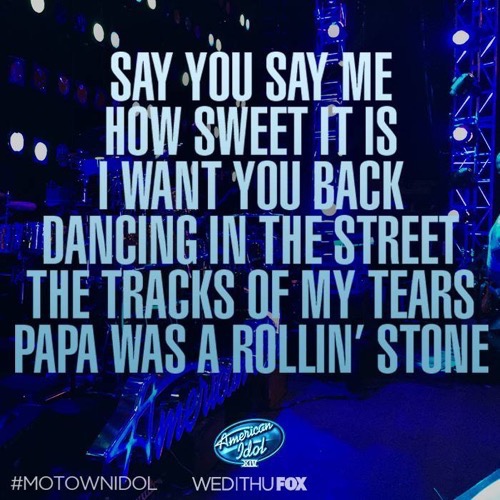 It’s another exciting night of American Idol on FOX with an all new Wednesday March 11, season 14 Episode 19 called “Top 12 Revealed” and we have your weekly recap below. On tonight’s episode, the top 12 performers will be revealed.

On the last episode, the top 8 girls performed. Did you watch the last episode? If you missed it, we have a full and detailed recap right here for you.
[Link]
On tonight’s episode as per the FOX synopsis “Ryan Seacrest will announce the eight singers of each gender who will remain in the competition based on America’s votes. That number will be winnowed down to a Top 12 who will be revealed on a live telecast.”

On tonight’s all new episode of “American Idol”, it’s the countdown to the final 12 and unfortunately minds have already been made up. You see to make it through to the next stage of the competition; the contestants had to do more than just impress the judges this time. They literally had to sell it and sell it well to the viewers voting at home. And to be fair, some of them have had it rough before now so it was kind of a bummer when the theme of the episode was eventually revealed to us all.

As usual, American Idol had a theme and this time our favorite contestants had to actually do a repeat performance. And by this, I mean they had to sing the same song they auditioned with. So hopefully some of them have improved over the course of boot camp.

But on this episode however, rather than have one final appeal, the contestants were instead chosen for the top 10 and then asked to perform. Meaning all the preening and begging for votes were in actuality over since last week. And as for the remaining two positions left in the top 12, those will be filled by “Wild Cards” later chosen by the judges.

Yet it’s what happened to the the last four contestants of the original 16 that kind of made this episode a sad one. For it was the leftovers, what else can they be called, that had to watch as everyone else got to sing one final time and it was also them that were stuck watching others live out their dreams. Hence four contestants didn’t even get a proper send-off they normally would have had!

Though in all honesty most of the top 10 that were chosen by the audience were in fact all chosen for a reason. For instance do you know who was it exactly that was the first to make it into the finals? Well, that was Sarina-Joi Crowe. Otherwise known as one of the strongest voices in this competition. And just like before, she wowed the audience with her performance of “Love Runs Out”.

And after her there was Rayvon Owen. Another strong performer who actually sounded like he improved since last week.

Then there was Daniel Seavey. The heartthrob of the group and as it turns out he still isn’t strong enough of a singer to make it without said good looks. Overall, his performance was wobbly. And that was me being kind. Like normally would do with puppies!

Later Maddie Walker ended up following Daniel but not even her somewhat good performance was able to fully erase the taint.

Thankfully, though, the young Tyanna Jones put those earlier performances to shame. She has a strong voice and she knows how to hold her own when she hits the stage. So I’m calling it – she’s top 3 material. And if she doesn’t get in while someone like Daniel does then people won’t need to wonder why the ratings on this show keeps slipping.

And then we had Nick Fradiani. Who like many before him, earned his spot for being an exceptionally singer.

Next was Jax and really having someone that can accompany themselves on piano was kind of a sure thing. Don’t get me wrong though. She’s a great singer and she stand out from the rest of the group.

After Jax, there was Qaasim Middleton. And as we all know by now, the kid definitely knows how to liven up a stage. Probably more so than everyone else that was chosen.

As for Clark Beckham, he was cutting it close but he too was one of the lucky ones to get voted straight through. Then again, though, he earned it because like Harry Connick, Jr. said when he turned the most chauvinistic song “It’s a Man World” into a fan favorite then he clearly showed America he had something special.

However the singer following Clark came as personal surprise to myself. Typically, folksy singers like Joey Cook don’t make it all the way to the final twelve. And after Jax was picked (someone with a similar appeal), I thought that would be the end of her. For you see even Jennifer Lopez expressed some amazement at how far Joey made it as well. So this season the viewers as a whole were moving in an altogether different direction than they would have say five years ago.

And as for the last two positions for the top 12 were the judges pick, Jennifer announced her personal favorite Quentin Alexander as number 11 and Keith got to announce Adanna Duru as filling in at number 12. Not sure she deserved it but hey it wasn’t America’s call.

Meanwhile, though, tonight’s episode had us saying goodbye to Alexis, Adam, Loren, and Mark. It was sad to see them go but here’s hoping they continue pursuing their dream in music!