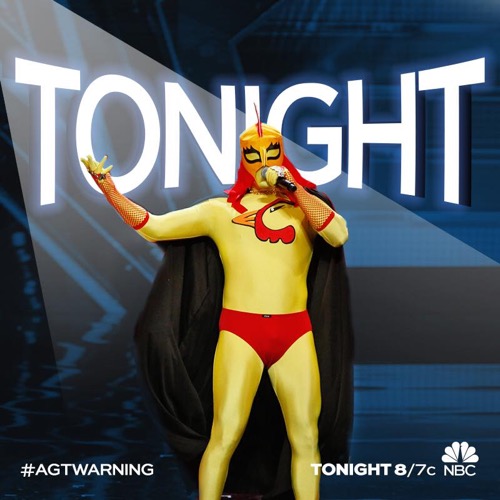 Tonight on NBC America’s Got Talent returns with an all new Tuesday July 7, Season 10 episode 7 called “Audition 7”. We’ve got your recap down below! On tonight’s episode Auditions continue.

On the last episode, the auditions continued. Did you watch the episode? If you missed it, we have a full and detailed recap right here for you.

On tonight’s episode per the NBC synopsis “Auditions continue tonight for the final night of auditions.  Nick Cannon will be turning up the heat tonight!”

#AGT10 starts with a group of dads that dance called #Daditude. They do their thing and Howie says Mel B was convinced he really fell down. She says it’s hot they can still move. Heidi says America would fall in love with them. They get yes votes from all but Howard and will move on to the next round. Nick and Eddie are singers who did a duo and also got thumbs up from the judges to move on.

Xavier did a magic act with cymbals where he produced cognac from nowhere. He also got enough yesses to move on.

Benton Blount is a singer and stay at home dad who rocked the stage and wowed the crowd and got a big YES from all four judges. Scott Churchson comes out and he’s a hand and face contortionist who used to sell life insurance and says this has never been done on the show. The song starts and he wiggles his fingers then the crowd starts booing then he wiggles his ears. Howard gives him the X. Howie goes up closer to look. He bends a finger sideways then two. Ick. Howie gives him the X. It was awful. He gets four no’s.

Next is a choir called Selected of God from Detroit. It’s very cool if you’re into that kind of thing. They land four yesses from the judges as well of a load of positive feedback and will move on to the next live rounds.

The Evil Rapping Chicken gets buzzed off the stage and gets four no’s. Then Septimius the Great comes out and does some terrible pseudo-Kanye thing and gets buzzed off. Then Latin Swag comes out to do their dance thing. It’s pretty bad. Then the Gem City Jewels come out – these two ladies are hairdressers who are a dancing and singing duo. OMG – they are awful. Heidi is the first to buzz them out. Mel B is the last. But they all hit them with the X. Howard tells them it’s over.

Howard says since Mel went last, they must remind her of the Spice Girls. They then ask Nick if he liked it. He comes out and Howard tells them he’s single. Nick says maybe the judges didn’t hear right and says he saw a diamond and a ruby and says they need a sapphire then he dances with them all sexy. He pulls his jacket off and dances them off the stage.

Next up is Pretty Big, a dance troupe of chunky dancers. They are great and the audience loves them. Mel B says it was bloody brilliant and says they’re inspiring and curvalicious. Heidi says she loves how curvy-licious they are and the pink wig and says it’s feel good. Howard says it must be hard to stay pretty big with that energy. Howie says he’s amazed and says they move that way and it’s an anti spanx campaign. They get four yesses.

Dance Aaron Smyth is next and he’s impressive particularly for a male soloist. He gets through as do Craig and Michenne, exhibition dancers. The Move is a large dance troupe from Miami. A drag queen shocks everyone by coming out looking beautiful then singing as a tenor and gets four yesses to move on. Guy band Vox is up next. They are an operatic quarter that are amazing! Mel B says it was a home run. Heidi loves them too.

Next is Joanna Kennedy who is an intimacy expert and will teach everyone how to have a great kiss. Heidi puckers her lips at Howard. Howard brings up a gorgeous woman from the audience and Joanna gives Nick a kissing lesson. They end up buzzing Joanna off but Nick gets a good kiss out of it. That’s the end of the show and it’s the last day of the preliminary shows of round one.