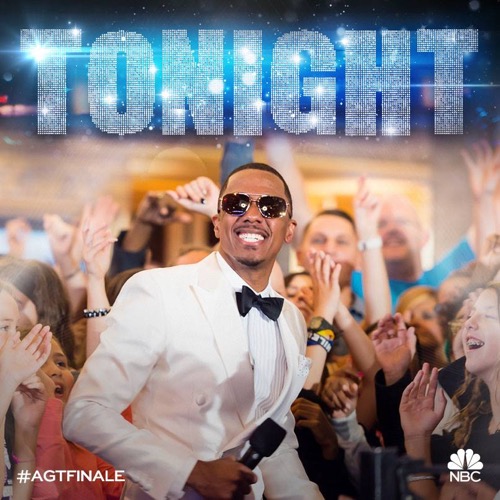 Tonight on NBC America’s Got Talent returns with an all new Tuesday September 15, Season 10 episode 20 called “Finale Performance”. We’ve got your recap down below! On tonight’s episode the finalists perform one last time at Radio City Music Hall in New York City.

On the last episode, eleven semi-finalists performed live for America’s vote and the chance to win $1 million and a headlining show in Las Vegas. Starring celebrity judges Howie Mandel, Mel B, Heidi Klum and Howard Stern. Did you miss last night’s episode?  If you did you can see a full and detailed recap, right here.

On tonight’s episode per the NBC synopsis “the top 10 acts compete one last time live at Radio City Music Hall for the chance to win one million dollars and be voted the most talented act in America.”

First up tonight is a performance by the Rockettes at Radio City Music Hall with Flo Rida. The first performer of the night is Oz Pearlman. He has the judges swear they are not in on this. He brings the judges all up on stage with him. He sits them in chairs. Then he has them choose envelopes. Inside are four x’s. Then he opens the last one and it’s a photo of him. He shows a page written out that shows their chair colors and names of loved ones they were thinking of. The judges are stunned. Heidi says this act was his best yet. Howie gushes too. Mel B says she’s in shock and says he would make a great husband and says it was incredible.

Next up is Uzeyer Novruzov who starts with a little juggling and then gets out the ladder – he climbs up a flight of stairs on the ladder. Then he has a rope ladder lowered that he hops on and it’s sort of a bungee thing to finish it. The crowd loves it. Howie says he knows Uzeyer is hurt and can’t do the giant ladder and says he’s impressed that he performed but says he couldn’t perform the big stuff he did. He says this will be a sympathy vote. Howard says he’s a great performer and a warrior but this wasn’t his best performance. Heidi says she’s glad America brought him back. Mel B says he made the best of a bad situation but it wasn’t as dangerous as she wanted so it’s unfortunate.

And though Benton has become something of a fan favorite, his performance wasn’t up to scratch either.

Before he performed, Benton like everyone else was given a short segment to discuss everything that had led him to this point on show. And like usual it was a bit of a tear jerker. However, while we like him, Benton was without a doubt pitchy on the night that mattered the most.

Benton is still very talented but, for some like myself, what we’ll walk away with was the performance from tonight. So even though he needs that million dollars for his family – there came a moment of doubt right after his performance about whether or not he would win. So there was a bit of dip during the night.

It started strong but took a slight downturn with Uzeyer and Benton. And, thankfully, Gray was able to bring it all back.

Gary was honestly on fire tonight. He had that sarcastic kind of humor that everyone just loves and it made people laugh. So Gary is just someone you’d would hope. Not only because he says he wants to escape his roommate but because he found a way to make people laugh about a very real threat from North Korea.

Now normally I would have repeated the joke but it won’t come across as well on paper. Plus there’s a very real danger of anyone mentioning the recent hacking scandal.

So following Gary’s act was the very magical Pff the Magic Dragon. See Pff saved something special and it was part of a strategy. Tonight he decided to confound some of the judges and all except Howard ended up loving it.

Part of Pff’s charm is the dry wit that come with the magic tricks. Yet tonight, for some reason, that turned Howard Stern a tad off. As in he was interested in some of what he saw but he ultimately felt like Pff hadn’t really been trying.

Though, making twenty dollars disappear and then reappear would normally have been enough for some people.

So might have merely been the judge’s perspective. And when it wasn’t Howard being picky, it was Howie. Howie ended up having a problem with Paul’s ventriloquist act.

Paul brought out three of his character puppets onstage and he was able to maintain all of their voices so at one point it seemed like they were fighting. And it was humorous. Which typically would have been right up Howie’s alley because he always, or in this case used to, love to laugh.

But he was the only one that had a critique for Paul afterwards. He said he noticed that there wasn’t a lot of range in Paul’s character voices. And, well, he does have an argument there. Only it’s worth saying that he didn’t really focus on the part where Paul threw his own voice and as well as his characters. Proving that did in fact have some range in his overall act.

Thus, a few guys kind of went out of their way to be a sourpuss tonight and just tried to ruin it for the rest of us.

However no one could find fault in The CraigLewis Band. The guys hit the stage and pretty much had their very own concert right there in RadioCity Hall.

I mean the audience was into it and the band defiantly had the judges in the palm of their hands. Funny story but Howie had stated at the beginning of the night that he thought funny was going to win. And, well, after the band went up onstage he then announced his change of heart right there in front of everyone.

And truthfully the band did make some of the funny acts pale in comparison. Including Derek’s who went up after them.

Derek is funny guy but tonight he ruined the reputation that he had built for himself. He had music and pretty assistants come up onstage and then he dragged out his act. And if it had been really good then the delay wouldn’t be a problem. But he dragged out a rope magic trick!

Seriously, what was he thinking? Rope! This was his last night to impress people and all he could was a rope trick and even that took an extra amount of time to set up.

Derek, you messed up!

And The Professional Regurgitator, keep on doing you. The funny man from Scotland was able to bring up an explosive bubble from the bottom of his stomach so, regardless of it being gross, he is unique.

Though, personally, my heart went out to Drew Lynch. He had great material like always and the only fault was that it was on the short side.

So, to everyone who hasn’t voted yet – don’t forget to do so now.