America’s Next Top Model Recap – Finale Part 1: Cycle 22 Episode 15 ‘The Girl Who Made a Splash’ 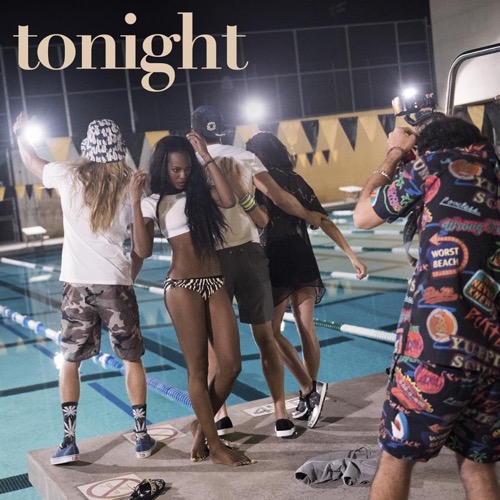 Tonight on CW Tyra Bank’s America’s Next Top Model (ANTM) continues with an all new Friday November 20, cycle 22 episode 15 called, “Finale Part 1: The Girl Who Made a Splash” and we have your weekly recap below.  On tonight’s episode the finalists shoot a campaign for Zappos Couture and prepare for the final runway show.

On the last episode Tyra’s mom was the photographer for a special photo shoot with the final four models and their mothers. The contestants also shot a mock cover of Nylon magazine and met supermodel Chrissy Teigen, who gave them tips on making it in the modeling industry. Did you watch the last episode? If you missed it we have you covered with a full and detailed recap right here for you.

On tonight’s episode as per the CW synopsis, “the finalists shoot a campaign for Zappos Couture and prepare for the final runway show. Drama causes one of the models to lose focus when it is discovered she hooked up with another one of the models”

We will be covering America’s Next Top Model tonight with all the up-to-the-minute details at 9PM EST so make sure to come back to this spot and watch the show with us. While you wait for the recap hit the comments and let us know what you think of all the changes they have made to ANTM this season!

Last week’s episode did not go as planned. Rather than going forward with only three contestants, Tyra suddenly found herself still with four.

So tonight’s part of the competition was already going to be different than all the others semifinals. Although you would never have guessed what Tyra came up wot solve her problem. Where before the contestants all used to compete against each other, the competition now came down to guy vs guy and girl vs girl.

Meaning Mikey no longer had to worry about what either Mame or Lacey were doing on their shoots. He just had to focus on being better than Nyle! Only one guy and one girl were going to go into the finals and so you would think that would make it easier on the models.

But it didn’t. Instead the claws came out, especially, when it was only Mame and Lacey competing against each other.

And an example of this would be when they had their first shoot this week. Yu Tsai told them that they wouldn’t be scored anymore because the format for the competition had changed. So all they really had to focus on was creating great pictures right then and the presentation that they were going to have to give Tyra later.

Therefore the ladies and the gentlemen had to focus on their spread for Nylon Magazine. If they won the competition then it was the pictures they took with J. Errico and Mark Hunter the Cobrasnake that were going to be printed worldwide. Though on set, Lacey and Mame played a game of one-upmanship and it ended with Lacey interfering with Mame’s turn in front of the camera.

So it was by sheer will that there wasn’t a big bust up on set. Though it looks like by simplifying things, Tyra made all the more harder on the models.

Zappos Couture line, there was still a lot of tension in the air. Which only got worse as things became personal for everyone. Like when they did their presentations and had to put a little of themselves in their individual projects.

And later when Mame had an ugly confrontation with Justin.

Apparently former contestant swore brought back to walk the finale runway and it had just been bad luck on Mame’s part that one of those people turned out to be Devin. The very same Devin that had fought with Mikey recently and had been at the cabin with both Mame and Mikey. So naturally Devin talked and it seems amped what happened for effect.

Devin claims he was asked out right about what he knew but everyone else said he sang like a canary. He got together with everyone else and he told them a story about how he heard lots of noises that sounded like Mame and Mikey had sex. Though he wasn’t sure because it was dark and in the morning afterwards both parties claimed nothing honestly happened.

Yet Devin hadn’t bought that and neither did Nyle for that matter who was a pretty good friend of Justin’s. So Mame didn’t have anyone besides Mikey to back up her story. And without it being said, Mikey gave Justin a wide berth.

And most of the women gave Mikey some space as well.

Though Mikey said it was nothing new to him. He was used to women being upset with him and the fact he was being shunned only reminded him of what it’s like back home. So the preparation for the runway wasn’t a problem.

The real problem was when Tyra came backstage just before they were supposed to walk and told them that she was going to being cutting two of them right then and there.