Angelina Jolie, Brad Pitt Divorce Stopped By Brad’s Mother: Begs Couple To Save Marriage For The Sake Of Their Children! 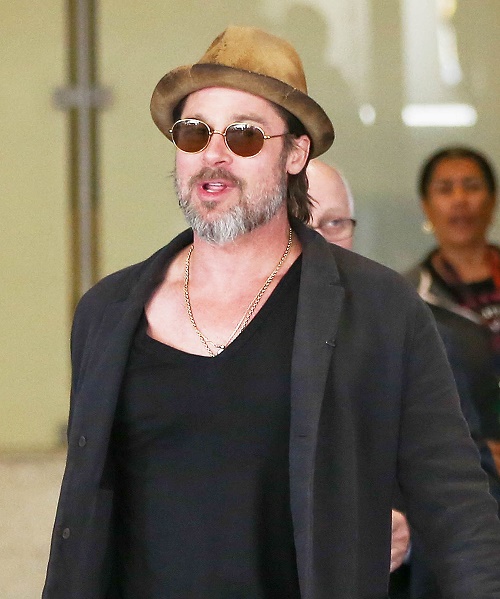 Brad Pitt and Angelina Jolie’s marriage is as good as over and the couple reportedly plans on making an official divorce announcement in November 2015 – after they are done promoting their film By The Sea. Brad and Angelina recently tied the knot and got married after being together for nearly a decade, but the wedding didn’t seem to be able to stop their bickering and save their relationship like the actors had hoped. Although Brad Pitt and Angelina have come to terms with their break-up and divorce, Brad’s mom Jane isn’t ready to let them pull the plug on their relationship just yet.

According to this week’s edition of In Touch Magazine, Brad’s mother Jane is begging the couple to try to work out their issues and stay together for the sake of the kids. An insider dished to In Touch, “In Jane’s eyes neither Brad nor Angie have made their relationship a priority over the years. Their careers, charity work, and children have always come first. She really thinks that if they had some alone time as a couple they could make it work.”

Brad’s mom’s pleas might be falling upon deaf ears though. After months of arguing and fighting, Brad Pitt has had enough – and multiple reports reveal that the actor emotionally checked out of his marriage months ago. Now, he is just biding time until they can make their divorce official and he and Angelina can move on with their lives. Brad and Angelina have been together for what seems like forever, but maybe the only reason their relationship lasted that long was because they didn’t spend much time together and didn’t realize that they didn’t agree on anything.

Do you think that Brad Pitt and Angelina Jolie’s marriage is really over? Could they still work out their problems? Will Jane be able to convince them to hold off on the divorce? Let us know what you think in the comments below!