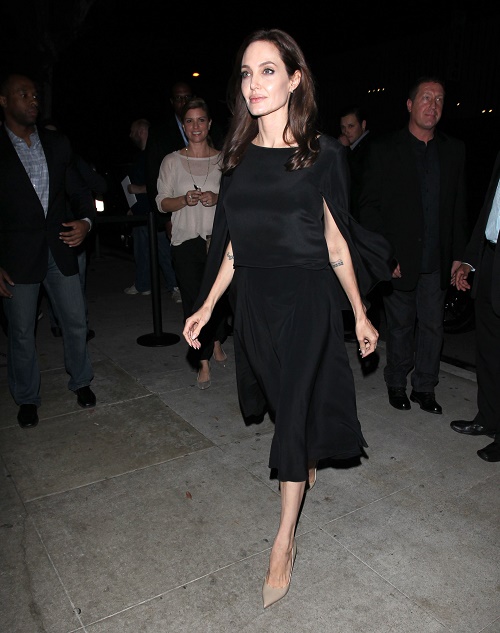 Unbroken, having been snubbed by the 2015 Golden Globe Awards, has left Angelina Jolie crestfallen and heartbroken. Just a few months ago, Angelina Jolie’s Unbroken was considered one of the frontrunners for an Oscar. After all, it had all the hallmarks of classic awards bait: based on an inspirational true story, relating to World War II, directed by a famous celebrity, and adapted from a bestselling biography. However, even if the movie didn’t awe anybody out of the gate, the Sony scandal and Angelina Jolie’s ‘chicken pox’ didn’t help matters. Even though the box office has been solid, the film hasn’t gained any awards season momentum, and the biggest snub came from the Golden Globe Awards, where the movie wasn’t nominated for a single major award.

Remember, the Hollywood Foreign Press Association managed to nominate The Tourist for awards, just to get Johnny Depp and Angelina Jolie to show up! And they couldn’t find it in their hearts to give a Golden Globe nomination to Unbroken, which is obviously a significantly better movie than The Tourist in every single way?

According to Page Six, a source close to Angelina revealed, “Angelina’s hurt. She’s been upset that the film was overlooked. A few years ago, she would have been in.” Unfortunately, voters didn’t feel like the film measured up this year, and they’ve actually been voting on quality as opposed to star power lately. The Globes trying to be taken seriously has led to them making an enemy out of one of the biggest movie stars on the planet, who surely won’t forget that her baby was snubbed by them.

Granted, we’ll see if Unbroken‘s Golden Globes snub makes any difference when Oscar nominations are announced on Thursday. If Unbroken does manage to net a Best Picture nomination, then Angelina Jolie will have been vindicated – and a proper showdown between Angelina and Jennifer Aniston is coming at the Oscars. Oh my god, is it unclassy to say we can’t wait?