Anna Duggar Visits Josh Duggar In Rehab For Thanksgiving – Breaks Down In Tears, Prays For This Nightmare To End! 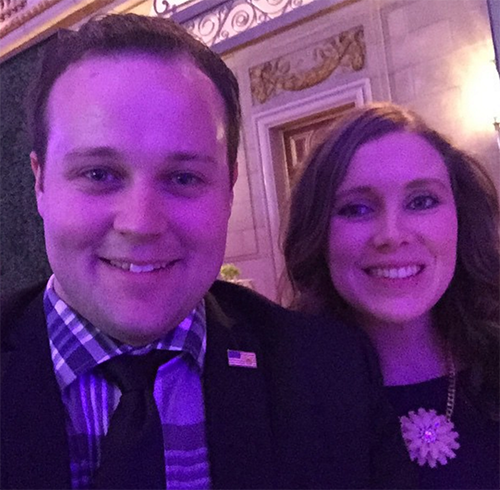 A tense weekend was allegedly filled with discussions – many about the charges Danica Dillion filed against Josh. The adult film star is suing Josh for $500,000 for physical and emotional injuries incurred during a violent sex. In the legal documents, Danica claims that having sex with Josh was awful and she felt “as if she were being raped.”

Sources close to the Duggar’s told In Touch that Anna is in complete denial and believes there is absolutely no way Josh could be that aggressive. “Even though it all adds up, Josh is stull denying it happened,” according to those in the know. Josh allegedly told Anna people are making things up about him, and Anna believes everything Josh says.

All Anna Duggar wants is for this long nightmare to be over. Even though Josh Duggar copped to some of the alleged affairs in which he engaged, Anna wants Josh back. Insiders say Anna has been living at Jim Bob Duggar and Michelle Duggar’s huge home. Anna and the couple’s four children, Mackynzie, 6, Michael, 4, Marcus, 2, and Meredith, 4 months have been “sleeping in a closet on the second floor” because Anna feels lonely and overwhelmed, adds the insider.

When it came time for the Thanksgiving visit to end, Anna was hysterical and didn’t want to leave. All Anna wants is for Josh to come home – reportedly, she truly believes Josh is getting better and belongs back with his family.

Even after all the revelations about Josh’s infidelities, the secret accounts with the cheating website Ashley Madison, and now the lawsuit filed by Danica Dillon, Anna is “counting the days until their next reunion.” That will probably be for Christmas and Anna will probably bring all four of the couple’s children along.

If Anna Duggar believes Josh Duggar is getting better, then she is probably as far into denial as Josh. Why is Anna “sleeping in a closet” at Jim Bob Duggar and Michelle Duggar’s huge home? What happened to the big house Jim Bob allegedly purchased for Anna and the Duggar grandkids?

Let us know what you think in the comments section below and come back to CDL for the latest Duggar family news and gossip!