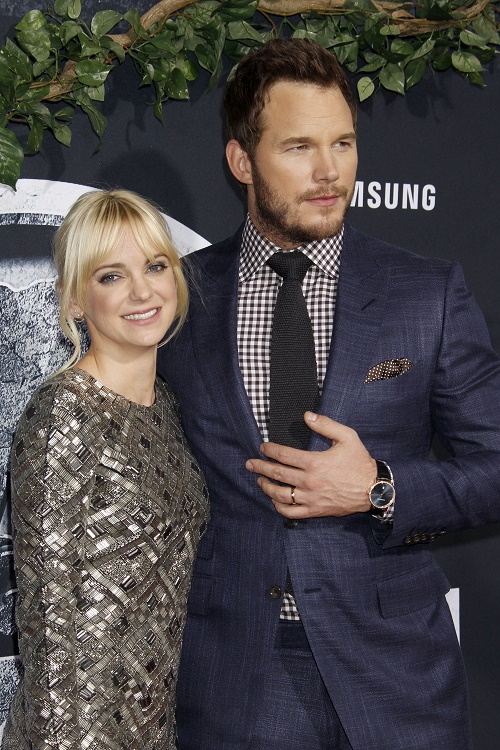 Is Jennifer Lawrence going to cheat on Chris Martin with her co-star Chris Pratt? Not if Chris’s wife Anna Faris has anything to say about it! Pratt and J-Law are set to begin filming a new movie called “Passengers” in September 2015, and Jennifer will be playing Pratt’s love interest in the sci-fi thriller. Recently, J-Law and Chris went out to dinner to talk about the film together, and it was strictly a business dinner. But, afterward, Chris couldn’t stop talking about how great he thinks the Hunger Games actress is, and his wife Anna Faris is a bit concerned.

Jennifer Lawrence has always had a reputation of being a bit of a flirt of the set of her movies, and rumors are constantly flying around about her hooking up with her co-stars, like Liam Hemsworth, Nicholas Hoult, and even Bradley Cooper. We can’t even blame Anna Faris for being worried about J-Law and Chris Pratt on the set of “Passengers” – especially since Chris is enamored with his hot co-star.

An insider dished in this week’s edition of Star Magazine, “Chris and Jen recently had dinner to talk about the movie, and ever since Chris hasn’t been able to stop talking about how cool Jen is. They share the same goofy sense of humor and make each other laugh.” Anna Faris is one step ahead of flirty J-Law and her hubby though. The source went on to dish, “Anna is a very sweet girl, so rather than lash out in jealousy, she is going to play this very carefully. She plans on becoming fast friends with Jen before filming begins, so that she will think twice about messing with her married man.”

Kudos to Anna Faris for trying to handle a possible affair like a reasonable adult – but we’re pretty sure that doesn’t get you too far in Hollywood. Since when has any actress not flirted with their co-star because she knew his wife? Do you think J-Law will flirt with Chris Pratt on set? Or is Anna being a little paranoid? Let us know what you think in the comments below!