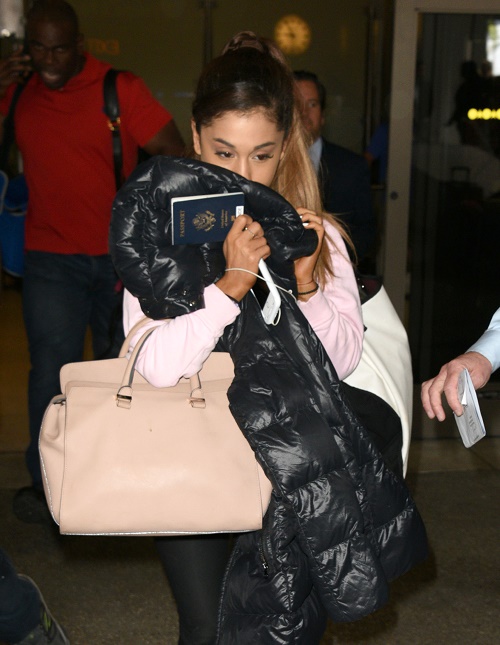 Are Ariana Grande and Justin Bieber dating for real this time? Ariana and Biebs have a lot in common Besides the fact that they are both mega stars and have been since a super young age, they also have been linked together and rumored to be dating on more than one occasion, and they both know a few things about bad press and damaged images. Justin Bieber is currently promoting his new single, “What Do You Mean,” and multiple celebs have been counting down the days until its release on Instagram.

On Thursday, August 6, Ariana Grande jumped on the celeb bandwagon and posted a picture marking 22 days until the big “What Do You Mean” release. Of course, that is nothing to get too excited about considering the number of celebs that have been helping him promote his album. The part that has everyone buzzing is the caption where Ariana stated, “Yes I have heard it and yes it is fantastic.” So, when did you hear it Ariana? It hasn’t been released yet, and they are still putting the final touches on it. Unless you have been having super secret hangout sessions with Justin Bieber – there is no way you could have just “heard it.”

Ariana Grande and Justin Bieber seem like they would make the perfect couple. And, if ever there was a time for them to start actually hooking up, it would be now. Justin just got his heart obliterated by his off-again girlfriend Selena Gomez, and Ariana has been making some questionable decisions as of late – like licking other people’s donuts. At this point in her life, Ariana seems to be going through a rebellious stage, and what better way to rebel than hooking up with “bad boy” Justin Bieber?

What do you guys think? Has Ariana been hanging out with Biebs on the low? How else would she have already heard his son? Will they make a cute couple? Let us know what you think in the comments below!