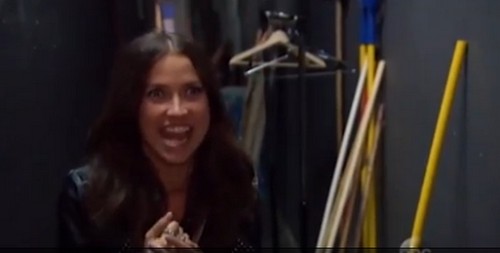 Bachelorette 2015 spoilers tease that Episode 3 on week 2 of the reality TV dating show will air on ABC on Monday May 25, and fans are in for another eventful and dramatic night as Kaitlyn Bristowe heads out on her first dates of the season with the remaining 19 guys. According to Bachelorette spoilers from blogger Reality Steve, Kaitlyn will head out on two group dates and one 1-on-1 date, and then she will send 3 more guys home without a rose and narrow her search for love down from 19 guys to 16 guys.

Episode 2 kicks off with the first group date of Season 11, which was already spoiled months ago on social media. Kaitlyn Bristowe and 8 of her guys head to an outdoor boxing ring to meet up with Laila Ali. After Laila gives them a few pointers, the guys begin to battle it out for the first group date rose of the season. After some black eyes and possible concussions, Ben Z. came out victorious and was awarded the date rose at the cocktail party afterwards. The second group date find Kaitlyn Bristowe and her guys at a comedy club with special guest star Amy Schumer, and JJ scored the date rose.

According to Bachelorette 2015 spoilers from Reality Steve, on Episode 2 Clint will score the coveted 1-on-1 date with Kaitlyn Bristowe, the duo spend a romantic afternoon together taking photos underwater and getting to know each other. So, who will be eliminated on Monday May 25. Spoilers indicate that Kupah and Kaitlyn Bristowe have a bit of a misunderstanding at the group date, and Kaitlyn sends him home before the rose ceremony. There is no news yet on what they disagreed over, but it could have been the obvious reason – Kupah was clearly Team Britt, and not exactly thrilled that Kaitlyn was pronounced the next Bachelorette. When Kaitlyn and the guys head to the Rose Ceremony the Bachelorette reportedly eliminated two more guys: Daniel Finney and Corey Shivar.

So, What do you think of The Bachelorette so far? Are you surprised that Kaitlyn sent Kupah, Daniel, and Corey home already? Are you as excited as we are to watch Kaitlyn’s suitors knock each other out in the boxing ring? Let us know what you think in the comments below and don’t forget to check CDL tomorrow for more Bachelorette 2015 spoilers and news!