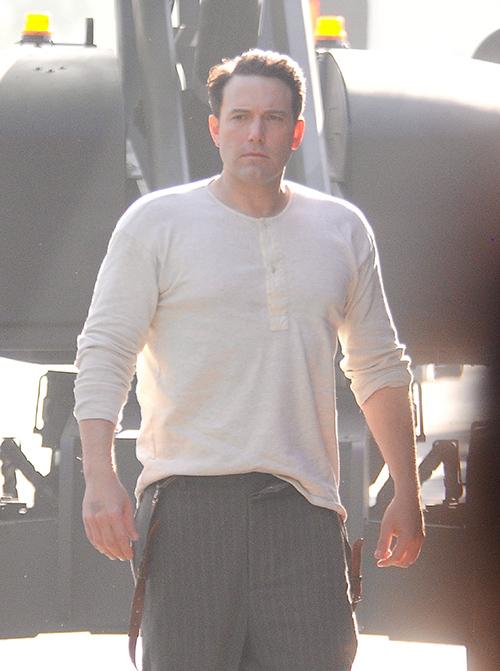 It does appear that Ben’s mother has been Team Jen all the way ever since allegations that Affleck cheated with the couple’s nanny Christine Ouzounian began circulating. Ben’s mom and Jen were spotted together recently after attending church with Affleck and Garner’s daughter Seraphina. Those in the know say Ben’s mom is sticking by Jen’s side and freezing Ben out.

And as more and more allegations come out about Affleck’s hook-ups, Christine is becoming more and more upset with her “scandal-plagued son.” Insiders revealed to GLOBE that Ben’s mother is ashamed and furious and in no uncertain terms told Ben that if he loses Jennifer it will be “the biggest mistake of his life.”

Is Christine Boldt fed up with Ben’s reported partying and womanizing? Jennifer has been very close to Ben’s mother throughout the couple’s 10-year marriage. If Christine is asking Jen to Ben back and recommending couples counseling will Garner give Affleck another chance?

This Hollywood marriage might be a lost cause. Ben has allegedly been seeing “Live by Night” co-star Sienna Miller. There’s also buzz that Affleck is spending time with another blonde – starlet Abigail Kuklis. Abigail has a very small role in Ben’s new movie “Batman v Superman: Dawn of Justice,” and a production insider for the movie says, Ben and Abigail Kuklis have “spent time on both coasts” and they’re keeping things on the down low.

Can mom Christine’s intervention help Ben and Jennifer to get back together? Since the couple’s split there have been several reports that Jen and Ben have made serious attempts to reconcile only for more cheating allegations to surface.

Will Jennifer Garner agree to attend couples counseling with estranged husband Ben Affleck? Is Ben begging Jen to give their marriage one more try? If the cheating allegations don’t stop will Christine Boldt give up on Ben and remain firmly by Jennifer’s side?