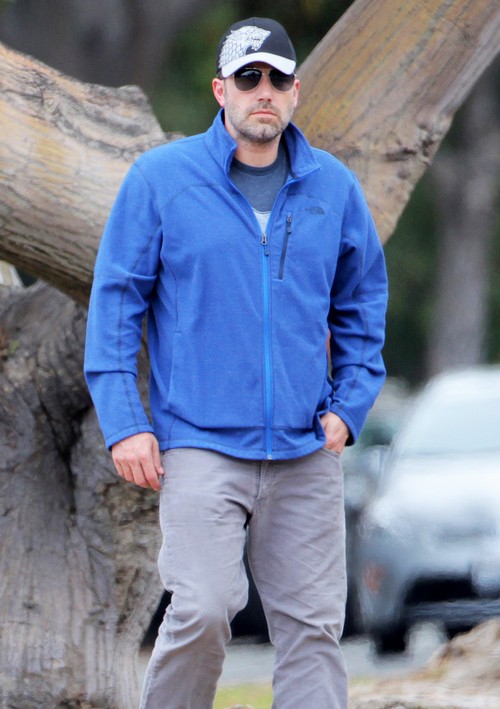 Ben Affleck and Jennifer Garner are in the middle of a messy divorce according to reports and rumors on the net the past two weeks – after being married for nearly a decade. Ben Affleck’s alleged affairs and cheating is said to be the leading reason the long-time couple is allegedly splitting up and going their separate ways. According to an exclusive interview with a former stripper associated with Ben Affleck’s split from Jennifer Lopez in this week’s edition of National Enquirer, “Ben Affleck will always be a cheater.”

For those of you who don’t remember, long before there was Ben Affleck and Jennifer Garner – there was Ben Affleck and Jennifer Lopez. Ben and J-Lo had a very messy and very public break-up back in 2003 when it was revealed that he had cheated on the singer with a stripper named Tammy Morris. Ben Affleck vehemently denied cheating on his fiancée with the stripper, but Morris passed several die detector tests and described every detail of their hook-up at a private party full of sex and drugs where she was hired to dance.

In light of rumors of Ben Affleck and Jennifer Garner’s divorce, his alleged former mistress Tammy has come out of hiding and offered her thoughts on whether or not Ben cheated on his current wife. Tammy, happy to be the center of attention again, dished to the National Enquirer, “I can’t say that I am surprised. I believe, once a cheater always a cheater. My advice to Jen is ‘RUN!’”

A tiger doesn’t usually change his stripes, Ben Affleck has allegedly cheated in the past, there are rumors he is cheating now, and the odds of him changing his ways and not cheating in the future might not be great. Unless Jennifer Garner is happy in an open marriage, like Jada Pinkett-Smith, she should probably just cut her losses now, pack up her kids and bags, and sign the divorce papers.

Ben Affleck is spotted out and about in Santa Monica, California with his daughter Violet on June 4, 2015. Even though Ben and his wife Jennifer Garner put on a united front and recently stepped out together, the couple are still dogged by heavy divorce rumors… FameFlynet