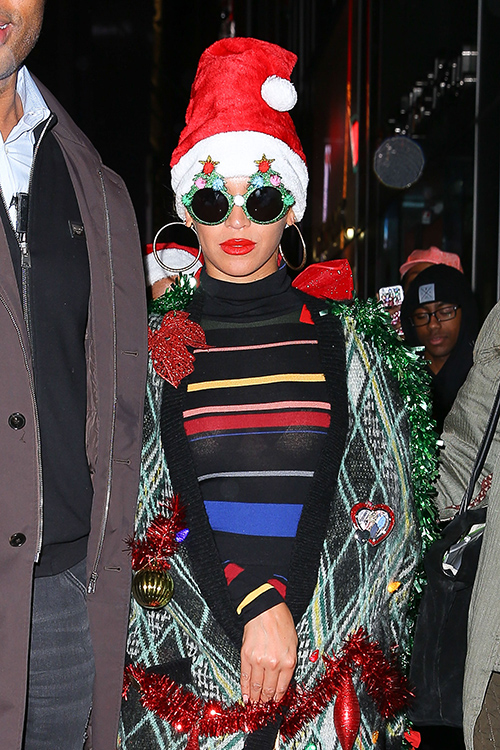 Beyonce and Jay Z have further fueled their feud with Kim Kardashian and Kanye West with another snub. It seems that Bey and Jay have opted not to acknowledge Saint West’s birth. Some are saying Kim and Kanye are intentionally being ignored because Jay Z wanted a son first.

It seems that Bey and Jay tend to be absent for some of the most important moments for Kim and Kanye and the birth of Saint West is no different. Unlike the Kardashian-West wedding in Florence, Beyonce and Jay Z really don’t have a good reason to keep their silence about the birth of Saint West. It’s almost like the Jay and Bey are sending a message, letting Kim and Kanye know they are done trying to force a friendship where Beyonce doesn’t want one.

Some are suggesting that Jay Z and Beyonce might be a little bit bothered that Kim and Kanye had a son first. There have been Beyonce pregnancy rumors pretty much since their daughter Blue Ivy was born and it seems Bey’s fans are clamoring for more offspring to fawn over. Could it be true that Jay Z is hating on his own close friend all because Kanye West has his own son now?

A source reported told Bossip that Kanye West’s longtime friend and collaborator is seething that Kanye had a baby boy first. Having a son to call their heir is very important to both rappers and so far, Jay Z always bested Kanye and served as a mentor to his friend. This time West was first though and Jay can’t keep dwelling on the idea that he might not get a son of his own.

Beyonce did congratulate Kim Kardashian on the birth of North West just over two years ago via social media but she’s notoriously not a fan of the Keeping Up With The Kardashians star. Over the years, Bey has dealt with Kim as a favor to Jay Z and spent as little time together as possible. It seems that Beyonce must be done dealing with Kim for a while after New York Fashion Week back in February. Bey hasn’t forgotten the huge meltdown North West had while sitting on Kim’s lap. That was the last straw for Beyonce, who didn’t like Kim Kardashian anyway.