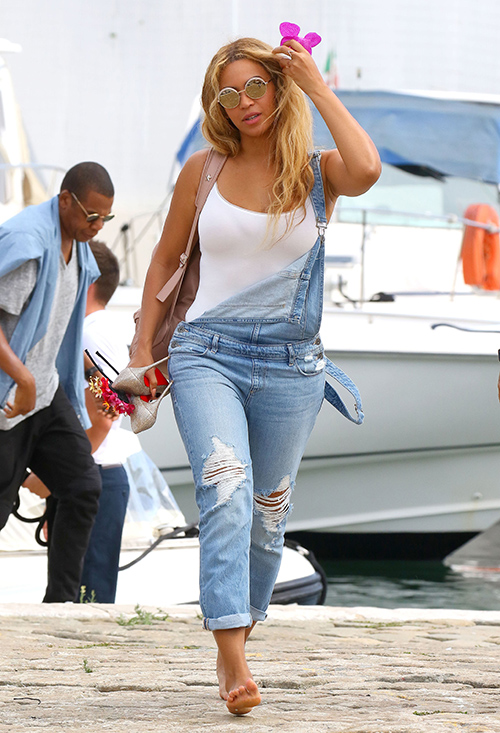 Beyonce and Jay-Z will never admit that they are on the verge of a divorce. They have built an entire empire as a couple, and regardless of how much they despise each other, the odds of them filing for divorce and destroying their brand as “Mr. And Mrs. Carter” are slim to none. Jay-Z and Bey’s marriage has been in trouble for months, but a shocking tell-all book called “Becoming Beyonce” recently exposed their sham of a marriage and re-opened old wounds for the couple – causing them to sink to the lowest point in their marriage yet.

Beyonce and Jay-Z recently moved into a new home, but their staff has spilled the beans and revealed that Jay and Bey are NOT sleeping together – and the husband and wife have their own separate bedrooms. A source dished to Radar Online, “Jay Z and Beyonce each have their own bedrooms. They are on opposite sides of a long hallway with Blue Ivy’s room in between them.”

Another insider revealed that Beyonce has been a nightmare to work for since news of the tell-all book broke, and she has been freaking out on Jay-Z, and anyone else who gets in the line of fire. The source added, “They got into a huge fight in front of everyone over how he is handling the move. He told her that they only reason they chose this place to begin with is because it is what she wanted, not him. He told her that he is really sick and tired of being her b***h.” That does not sound like a happy home!

Despite their issues, Beyonce and Jay-Z have tried to maintain a solid front, for business reasons. A messy divorce would be a huge hit to their fortune. But it sounds like they may not be able to hold on for much longer. What do you guys think? Will Beyonce and Jay-Z cave and file for divorce, or will they be able to stick it out together for appearance sake? Share your thoughts in the comments below!