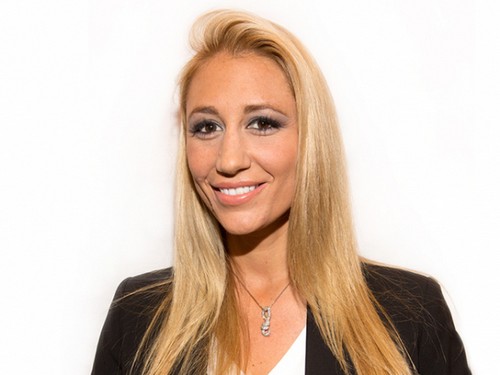 “Big Brother 17” spoilers are in and Vanessa has locked up her final two deals and seems confident she will be in front of the jury on September 23, 2015, “BB17″ finale night. She has deals with both Liz and Steve, so whoever wins will take her to the end. It seems like she has her gameplay in order, and can sit back and enjoy her last few days in the house. Would Liz or Steve double-cross Vanessa, and send her out of the house in third place?

Vanessa is good at the game; no one can deny that. She uses her tears and aggressive personality to get others to do exactly as she wants them to do. She has managed to manipulate each one of the houseguest, and never make herself an obvious target. Truly, she is a skilled player. Her luck might be running out with half a million dollars is on the line right now.

Liz was worried about round two Final HOH competition. Liz told Vanessa that if it was mental, Steve MAY have an advantage. Vanessa told her that it would be physical – with part three being mental. She told Liz that she cannot tell Steve about their deal for anything. Vanessa said, “He cannot know, ever.” Liz questions Vanessa about whether Steve thinks he may have a deal with her. Vanessa said she had never told him there was a deal, so obviously he wouldn’t believe there was a deal in place (Vanessa is lying as usual – Vanessa does have a final two deal in place with Steve).

Liz tells Vanessa that he is a nerd and will make an insane amount of money in his lifetime. “He is so smart, and he will be a rich man one day,” Liz noted. Little does she know; Vanessa has won millions of dollar playing at world championship poker tournaments? Liz finally looked at ease and believed that V was taking her to the end, no matter what.

It is getting pretty difficult to predict Vanessa’s true intentions. At this point, there no telling which person she truly wants to take to the end. With only five days left until finale night, who do you want to win the money? Who do you think Vanessa is loyal to – Steve or Liz or neither? Don’t forget to check back later for more juicy “Big Brother 17” spoilers, rumors, and updates!

Update: BBN is reporting that Steve won round 2 of the Final HOH competition giving him a fighting chance of making it to the Final 2. Of course Vanessa has final 2 deals with both Liz and Steve – a fact she is trying to hide from both of her competitors – will Liz and Steve talk to each other about what Vanessa has promised? CDL will have a detailed report on all the goings up-to-date later on Saturday, September 19.