Big Brother 17 Spoilers: Meg and James Turn Austin Against The Twins, Campaign To Evict Julia – Who Is Going to Jury? 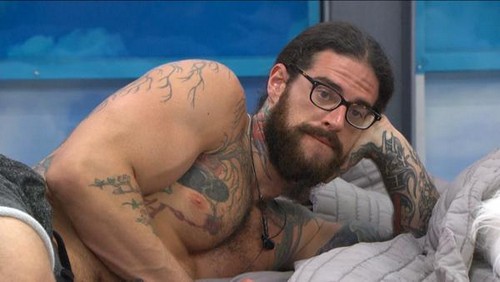 Big Brother 17 spoilers from the CBS live feeds reveal that after the Power of Veto ceremony Meg and Julia are up on the chopping block and facing eviction, courtesy of the Head of Household Vanessa. Vanessa made it very clear to Austin and the twins that Julia was just a pawn and Meg was the Week 10 target. But, could this be one of the rare weeks that the pawn actually winds up evicted?

Meg and James are determined to try and get Julia out while she is up on the block and separate her from the powerful AusTwin alliance she has with her twin sister Liz Nolan and Austin – but that is proving far more difficult than expected. Big Brother 17 spoilers indicate that Meg and James have launched a plan to turn the votes against Julia, and they have been working hard to convince Austin that it is time to make a power move in the game and evict Liz’s sister Julia.

According to BB17 spoilers, Meg and James pitched their plan to Austin, who was concerned about getting his hands dirty in the eviction and losing Liz’s trust. Meg and James argued that they can pin the vote swap on Steve – and will help him convince everyone that Steve is actually the one that flip-flopped and evicted Julia. At this point, Austin evicting Julia would be the best move for his own personal game – because once they get down to the final houseguests, Liz and Julia will throw him under the bus in a heartbeat, the twins aren’t going to turn on each other.

So far, it doesn’t look like Austin is going to take the bait – but hey Meg and James get an “E” for effort. Their plan is sound, strategic, and probably the best move Austin could make right now. The professional wrestler doesn’t seem ballsy enough to go through with it though. At this point the odds of Meg staying in the house are slim to none, but there are still two more days for her and James to campaign and try to pull a magic trick out of their hats. Do you think that Meg’s fate is sealed? Should Austin make a power move and evict Julia? Let us know what you think in the comments below and don’t forget to check CDL for all of your BB17 spoilers and recaps!