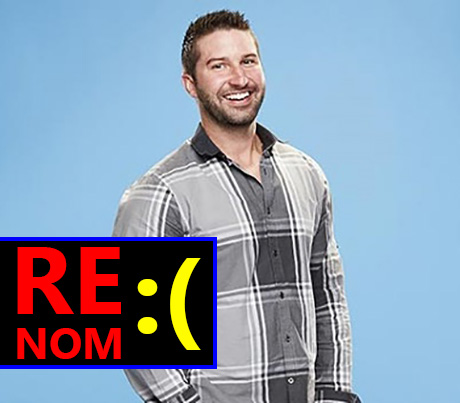 Big Brother 17 spoilers via the BB17 LIVE Feeds reveal that the Power of Veto ceremony has been completed. As expected, John removed himself from the chopping block with the PoV, which he rightfully won after another week of being nominated as a pawn. Vanessa, the reigning HoH, was then forced to put up a REnom. Any guesses as to whom she chose? Despite her original beef with James, a fresher, more pressing eviction target arose in Jeff after Vanessa and Austin confronted him about a particular issue. He basically was caught with his back to the wall and lied straight to Vanessa’s face, essentially throwing her under the bus.

Austin and V’s plan to cause a scene and expose Jeff for who he really is was part of an elaborate plan to help Vanessa obtain some sort of “justification” for making Jeff the REnom. Apparently, that proved to be the medicine she was looking for because Jeff’s now the second one on the block. Now, as it stands, the two people at risk of leaving the BB17 house are James and Jeff, whose bromance is undeniable.

What do you make of this PoV Ceremony result? Were you expecting this after catching wind of all the Big Brother spoilers? This game has been really crazy this season and it will be interesting to see where Vanessa’s little alliance, as well as her relationship with Clay and Shelli, takes her over the course of Big Brother season 17.

Make sure to keep checking CDL for all your BB17 spoilers, gossip, updates, and news. Also, don’t be afraid to leave us your thoughts in the comments section below.