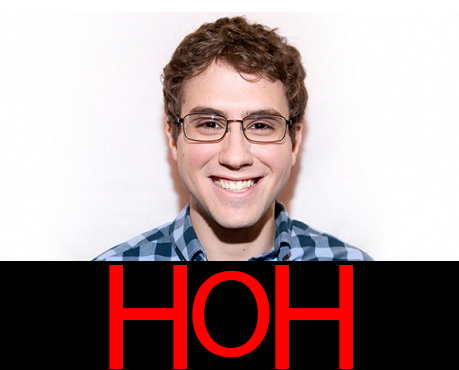 The Big Brother season 17 finale is currently underway and, according to the Wednesday, September 23 broadcast, Steve Moses managed to take home the final BB17 Head of Household crown. Leading up to the final HoH round (3 rounds total), the final three houseguests remaining in the house were Liz Nolan, Vanessa Rousso, and Steve Moses. However, because Liz was knocked out in a previous round, only Steve and Vanessa were left to duke it out. By the end of tonight’s final episode, the Big Brother 17 winner will be crowned – and will also be $500,000 richer.

Steve Moses and Vanessa Rousso had to compete in round 3 of the final Head of Household competition. Big Brother 17 spoilers teased that the final HOH competition would be a series of questions, and there was really no proper way to train for the final leg of the game. When it boiled down to it, Steve and Vanessa both had an equal shot at winning and being crowned the final HOH.

Now, since we are down to the final three players, the new Head of Household had to evict one last player – and the BB17 jury will vote which one of the final two contestants deserves to be crowned the season 17 winner.

BB17 spoilers from the live feeds teased that Vanessa Rousso promised Liz Nolan that she would take her to the final two with if she won the last HoH of the season. It stood to reason that if Steve won the HOH competition, then he would most likely send home Vanessa. Now that the competition is over and done with, we see that Steve did choose to stick to his plan. HE SENT HOME VANESSA!

Stay tuned, and don’t forget to check out CDL’s live recap of tonight’s final episode. There, you will find all the details of tonight’s episode! Let us know what you think about how this finale in the comments section below!