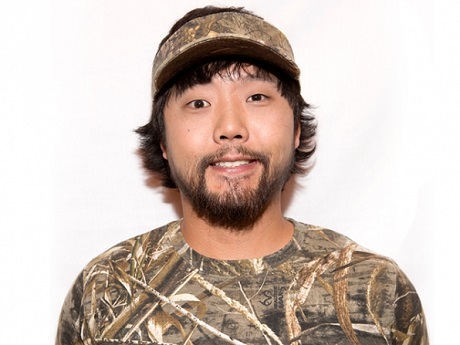 Big Brother 17 spoilers are rolling in from the CBS live feeds of the BB17 house, and the Week 1 nominations are completed. So who is nominated for eviction? We saw two Heads of Households crowned during the two night season premiere of Big Brother: James (pictured above) and Jason. After the HOH competitions, the houseguests gathered for the first eviction meeting and James and Jason made their nominations.

According to BB17 spoilers, James nominated Amazing Race star Jackie and Steve for eviction. Jason put Becky and John up on the chopping block. Ironically, during the Head of Household competition, Jackie and Jason were the last two houseguests remaining and Jackie cut a deal with Jason and he promised not to put her up for eviction. Apparently, she didn’t take into consideration the fact that just because Jason promised her that she would be safe didn’t mean that James wouldn’t nominate her.

Season 17 spoilers indicate that the Houseguests have already competed in the Battle Of The Block competition for Week 1. For those of you who don’t remember from last season, the four nominees for eviction face off against each other, and the winning team is safe from eviction. The HOH that nominated them is then de-throned. BB17 spoilers from the live feeds reveal that Becky and John won the Week 1 BOTB competition and are safe from eviction; therefore, Jason has been dethroned and James is the reigning HOH. Jackie and Steve are still up on the chopping block, but they still have the Power of Veto competition to come, and another opportunity to save themselves.

Have you been tuning in to Big Brother season 17 so far this season? Do you think Jackie or Steve could win the POV? What houseguest do you think will be evicted this week? Share your prediction in the comments below and don’t forget to check CDL for all of your Big Brother 17 spoilers and news!