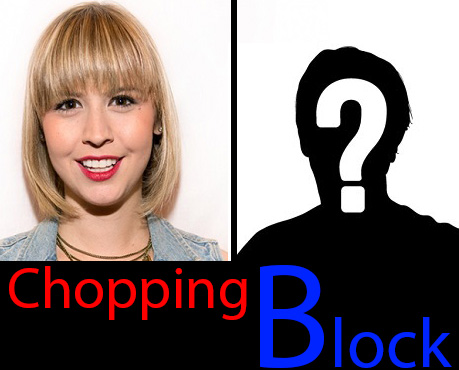 Big Brother 17 spoilers are in; the live feeds are on fire with Vanessa – current Head of Household – struggling to settle on a replacement nominee. James and Meg were nominated for eviction, and James won the Power of Veto. Vanessa has less than 12 hours to decide on a new target, and it is looking like it will be either Liz or Julia will be nominated – as a ‘pawn. ‘

Vanessa was terrified of getting blood on her hands; however, she knows she needed to get the twins, Julia and Liz, out of the game. It just isn’t possible to keep three people safe in the game when there are only eight people left in the house. Austin was considering that he may need to play the game for himself – but would he consider voting out Julia or Liz?

He told James that he cannot vote Julia or Liz out, but knows that they will be targeted, at some point. He cannot have a hand in voting her out. He claimed he talked to Liz about it and she understood that he must play for himself. He still wanted to watch her back – but only if it didn’t blow up his game right now.

According to BB17 spoilers, Vanessa is all over the place right now. She wanted to get either Meg or James (which is impossible this week) to leave the house. When she places one of the twins, most likely Julia, on the block as a replacement nominee, she will put Julia’s game at risk. If the houseguests are smart – and they have proven otherwise this season at times – they would go after Julia this week. They could break up the twins, leaving Liz less powerful.

Liz said earlier on Sunday that if Julia goes home, she would self-evict. She was not considering staying in the house without her sister. Vanessa tried to make her feel secure in her position and offered her $10K if she was evicted. TPTB at Big Brother called Vanessa in the DR and told her that she was not allowed to offer money during the game, per the house rules.

Vanessa seemed to have settled on a replacement nominee – Julia. She was hoping that the houseguests would evict her without her getting her hands dirty. She knows that James and Johnny Mac will vote to evict Julia – leaving Steve as the swing vote. BB17 fans, do you think that Steve would evict Julia? If Julia is evicted, will Liz leave the house right behind her by self-evicting?