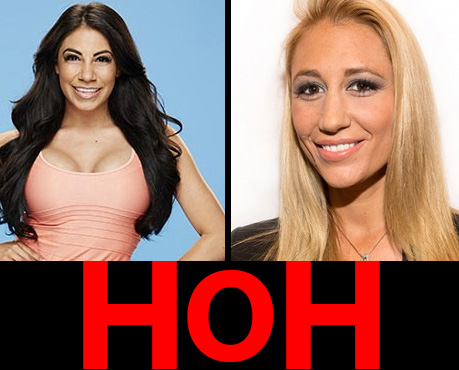 According to Big Brother 17 spoilers and info via Thursday night’s LIVE broadcast, Jackie & Vanessa have won the Heads of Household competition. Good for them! Big Brother 17 week 4 was a crazy mess, but now that the House managed to backdoor Audrey – after choosing to keep her around for way longer than she probably needed to be there – things might simmer down a bit. Or not. Oh, who are we kidding. There’s no way the drama in the BB17 House is going to fizzle down anytime soon. Audrey the Wild Child might be gone, but Julia and Liz Nolan’s Twin Twist secret has gotten out. And this revelation is sure to light the house on fire. Actually, it already has, and we look forward to watching the LIVE Feeds over the weekend to bring you any juicy Big Brother spoilers that’ll tide you over until the broadcasts.

As stated above, Week 4 of Big Brother was a dramatic one in the BB17 house. At the beginning of the week, Audrey wasn’t even pegged as the main target, but she sealed her own fate after a messy argument with Clay, her main nemesis. This little move by Audrey probably wasn’t the smartest play, seeing as how the other half of his showmance, Shelli, was the reigning Head of Household. After Audrey’s periodic tantrums and emotional outbursts, the house was basically unanimous, and she was backdoored and put up on the chopping block along side John.

With these two new HOHs in power, it will be interesting to see who they each nominate. Both of these two are sort of opposing forces! Don’t forget about the Battle of the Block, which will free two nominated HGs from the stress of the chopping block and, by extension, dethrone one of the HOHs. How do you think this will all pan out? Leave us your thoughts in the comments section below and don’t forget to keep checking CDL for all your BB17 spoilers, gossip, news, and updates!