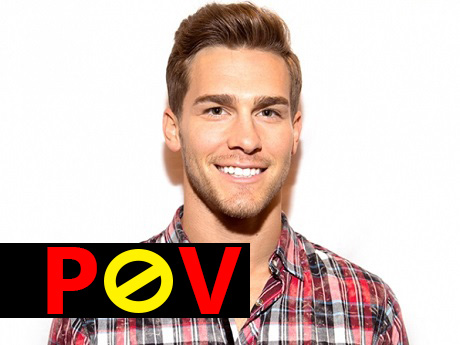 According to Big Brother 17 spoilers via the CBS LIVE Feeds, Clay managed to take home the win during the Power of Veto competition, making this his first ever victory in the BB17 House. It’s pretty obvious that Clay will be using the PoV to remove himself from the block – it’d be stupid of him not to do so. This, of course, means that current HoH Vanessa will be forced to put up another houseguest in his place – and right now it’s looking like the REnom will be Austin! The PoV Ceremony won’t be held until Monday, so anything – SO MANY THINGS – could happen prior to the meeting; however, we’re thinking Vanessa will go through with this plan and continue her streak of power moves.

What do you make of Clay winning the competition and Vanessa’s probable REnom? Vanessa has committed herself to evicting Austin because he betrayed her trust and trust to Vanessa, as we’ve all come to see on Big Brother season 17, means everything. V had hoped Jackie would remain the HoH so she could avoid getting blood on her hands (Vanessa is always super worried about “getting blood on her hands”). This, obviously, didn’t quite work out for her – but she has decided to stick to her word and go through with the necessary motions to backdoor Austin, the pro wrestler with a knack for crafting compelling speeches and never failing to be a super big bro.

Liz obviously won’t be on board with evicting Austin, as these two have gotten quite chummy over the course of this game, and Austin thinks the plan is to backdoor Steve. Wow, what a crazy situation! Have you been catching all of our BB17 spoilers? If not, be sure to keep checking CDL for more Big Brother spoilers, updates, gossip, and news!