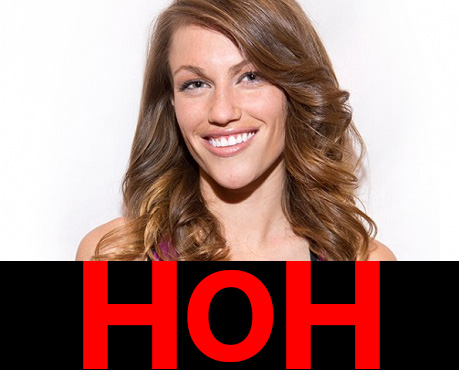 According to Big Brother 17 spoilers via the CBS LIVE Feeds, Becky Burgess won the HoH endurance competition and has been crowned the Week 7 Head of Household. Can you believe it? Becky’s the one Houseguest who has been flying relatively low under the radar. Until now. And I think Vanessa and her little rag-tag team of Sixth Sense Alliance members better start cozying up to Becky or start packing their bags – because I have a feeling that the Week 7 power is definitely going to switch away from Vanessa’s side of the court, just like we saw happen last week. That, as I’m sure you’re already aware, resulted in the eviction of Clay Honeycutt and the demise of the golden CLELLI showmance.

Would you be excited to see the power (continued to be) pulled away from the side of the house that dominated the game for SO long? Things are definitely getting good and heating up on Big Brother 17, and we can’t wait to see where things head.

We’ll be sure to keep an eye out for any major BB17 spoilers and developments, including Becky’s nominations, which should be revealed relatively soon. Leave your thoughts in the comments section below – and don’t forget to keep checking CDL for all your Big Brother spoilers, gossip, news, and updates. Don’t be shy with the comments. Leave your worst poison for the Houseguest(s) of your choosing below.