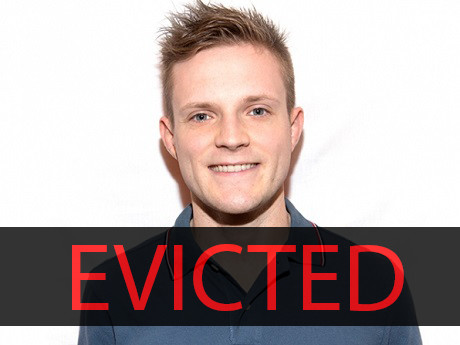 On Thursday, August 27th, the Big Brother 17 houseguests voted to evict Johnny Mac. It didn’t look good for Johnny Mac, according to the “BB17” spoilers. Vanessa Rousso was the swing vote – so whoever she wanted to stay remained in the house for another week. It can be very difficult to try to figure out where Vanessa’s head is at – not to mention how often she changes her mind, which is constantly. After listening to John’s ‘save me’ pitch, she gave him false hope that he would be saved – instead of telling him the truth. It seemed very unlikely that Vanessa would vote against the twins – Julia and Liz Nolan – at this point in the game. What do you make of tonight’s results?

It seemed very unlikely that Vanessa would risk her own game for Johnny Mac on Big Brother season 17. She has worked extremely hard all week to ensure her safety this week. John knew if he wanted to stay in the house, then he had to reveal everything he knew. That is exactly what he did, too. At 10 P.M. BBT, he decided to go for broke and tell Meg and James that keeping Steve would be a huge mistake.

He told them he had a final two deal with Steve, which turned into a final five deal with Steve, Austin, Julia and Liz. “If you keep Steve, you are keeping Austin’s lap dog – and they will target James next week,” Johnny Mac whispered. James agreed with him, but his hands were tied unless Vanessa agrees to vote with them. After John leaves the room, Meg and James agree that John is probably telling the complete truth – but what can they do without Vanessa?

According to BB17 spoilers via the LIVE Feeds, at 10:10 P.M. BBT, Austin showed up in the room, and it seemed like the perfect time to talk to him about Steve and John. Meg told him that she was unsure about keeping Steve over John. Austin responded harshly and didn’t understand the change of heart. His strong reaction told Meg and James everything they needed to know – Steve is in Austin’s alliance.

Austin didn’t appreciate Meg’s comment about Steve and wavering on evicting John. He went upstairs to complain about it to the twins. He told the girls to go tell everyone in the house (separately) that John is just trying to save his own game – offering a ‘save me’ pitch.

Meanwhile, James noticed that Vanessa snuck upstairs to talk to Steve. She told him that James and Meg were very nervous about kicking Johnny Mac out the house. She claimed she was talking with them to collect information, and that she’d come back and share it with them. She promised she is doing this to ‘build trust’ again.

It appeared that everyone had decided their vote until Johnny Mac decided to make a last effort to stay in the game. Let us know what you thought of tonight’s eviction – and be sure to keep checking CDL for all your Big Brother spoilers, gossip, news, and updates!