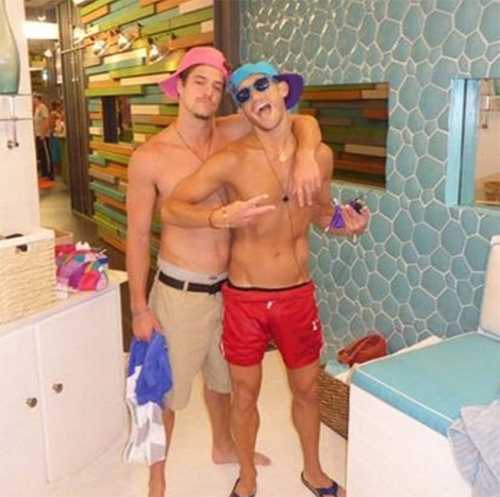 “Big Brother 18” spoilers tease next season will be an All-Star season. Fans have waited for years to see their favorite players reunited to fight all summer for the money. Season 18 will be all about second chances – as all the players will be former houseguests who fell short of winning the grand prize on the finale night.

When “Big Brother” asks a player to return to the game, it is generally because they were a well-rounded player. Some of the most interesting players were cunning, smart, and somewhat wacky. Since it has been so long since “Big Brother: All-Stars” season, it is the perfect time to bring back one, two, four, or a whole cast of returnee cast members.

The one name who keeps popping up on social media that may come back next season [season 18] is Frankie Grande. There are two types of “Big Brother” fans: those who love Frankie and those who loathe everything about him. For being such a despised player, he did well, placing at fifth place in BB16.

Another player from BB16 who would be great as a returnee is Zach Rance. Zach was a fan favorite because he was unpredictable. Zach made HUGE moves, went after big dogs, and yet never forgot who he was in the game. He is a necessity to have in any “Big Brother: All-Star” season. Also, Frankie and Zach shared an undeniable bromance that ventured into showmance territory. If both of these players were invited back into the house, they’d be a major and forceful duo that could go all the way.

For a couple season now, TPTB had teased they would bring Frank Eudy back to play the game. Frank was an amazing player who truly loved the game. He thought about the game almost 24 hours a day. His game went terribly wrong by him showing his cards too soon. If he gets the chance to play again, he needs to be more secretive and trust fewer players.

Multiple media outlets have confirmed that the show is planning an All-Star season with a “Second Chances” theme. It seems very likely that Frankie Grande will return in “Big Brother 18,” as he recently stated he needed to leave his summer free for a HUGE project he was working on. Would you like to see Frankie Grande on the CBS reality TV show? If not, who would you like to return on “Big Brother 18: All-Stars”?