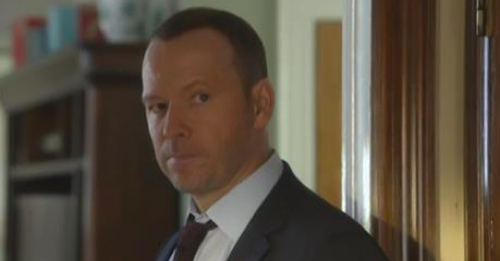 Tonight on CBS Blue Bloods continues with an all new Friday November 13, season 6 episode 8 called, “Unsung Heroes.” and we have your weekly recap below. On tonight’s episode, a serial killer threatens Danny and his family, and the ordeal heightens Linda’s concern about Danny’s job and the state of their marriage.

On the last episode, the last remaining Mustang from the film “Bullit” was stolen, so Danny and Baez investigated. Elsewhere, Erin clashed with Frank when she sides with her boss on a matter involving cops being held accountable for fixing traffic tickets. Did you watch the last episode? If you missed it we have you covered with a full and detailed recap right here for you.

On tonight’s episode as per the CBS synopsis, “a serial killer threatens Danny and his family, and the ordeal heightens Linda’s concern about Danny’s job and the state of their marriage. Meanwhile, Jamie challenges his superior officer during a hostage situation.”

Blue Bloods “Unsung Heroes” airs tonight at 10:00 pm ET and we will be live blogging all the details. So don’t forget to come back and refresh your screen often for live updates. While you wait for the recap, check out a sneak peek of tonight’s episode below!

Remember when Danny’s wife Lina was shot? Well, it seems Linda hasn’t fully recovered from her injuries. She’s suffering from PTSD which is short Post-traumatic stress disorder. A mental health condition that’s triggered by a terrifying event and in Linda’s case was her shooting.

So lately Linda has been seeing a therapist for her condition and one day Dr. Bennett asked if she could speak with Danny as well. Apparently Linda’s condition wasn’t the only thing that was causing her unneeded stress. Linda marriage has also taken a hit and the fact Danny kept trying to make his wife “get over it” needed to be addressed.

Yet Danny didn’t like therapy. He had agreed to go in order to help his wife but Dr. Bennett began asking him about his own childhood. And Danny didn’t believe that was any of her business. So he took the first chance he could to escape their appointment.

Only no one could exactly be happy that Thomas Wilder was back in town.

Wilder had announced his return by dropping off another body right in front of Danny’s church. So Danny knew when someone was sending him a message though he was powerless to stop whatever game the serial killer was playing. And while a NYPD detective was trying to find a serial killer before he could kill again – Nikki’s fellow students at college were gearing up for a protest against the police they believes they were living in.

It looks like Frank had offered to speak at Nikki’s school as way to show the NYPD in a more positive light. Yet Nikki had to tell him that no one was even going to give him a fair chance. So she then wanted her grandfather to drop out of the appearance all together because she didn’t want him to get hurt.

And Frank just wasn’t going to do that. He didn’t believe in backing down from a fight and its trait he passed on to Jamie. Jamie had run into some problems with a sergeant and he didn’t want to follow Jenko’s advice when she told him it would be better to lie low. Therefore Jamie was surprised when he got called down to 1 Police Plaza.

Subsequently, Jamie was given a stern talking to for disobeying an immediate superior. Though Jamie didn’t do anything wrong. He and the sergeant had been involved in a hostage situation and Jamie wanted to call for backup which is procedure. Meanwhile the other guy wanted to go in guns blazing with no thought for the twelve year old girl trapped inside. So Jamie had every reason to be angry with Sgt. Mulvey and he didn’t think he should have been reprimanded.

And a part of Lt. Gormley didn’t think it was fair either because later he asked Mulvey to come down to 1PP. Yet when the sergeant arrived, Gormley had a file waiting on his desk. It seems he did some research into Mulvey and the hostage situation wasn’t the first time he went blazing in.

So Mulvey was asked about his apparent death wish and it turns out Mulvey was dying of pancreatic cancer. But he had only been on the job for ten years. And what that means for his family is that they won’t have any health benefits.

But if Mulvey were to die in a shoot-out then his family would be taken care of for life. So the man has literally been trying get himself killed and Gormley was ultimately forced to take him off of active duty. The NYPD couldn’t afford an officer that didn’t care about their life much less anyone else.

And in other news, despite his threats about Linda, Wilder has seemingly gone back underground again. He allowed Danny and Baez to find the boat he had been using and blew it up before they could board. So all that’s left of the boat was a couple of bone fragments but no one believed they could belong to Wilder.

Yet after a day that ended with an unclosed case, Danny was at least a little more open when it came to therapy. He had gone back to see Bennett with his wife and the second time around was easier for him. He still had gotten angry but he did finally express his feelings and he was frustrated. He’s a cop and that means he fixes things. And for some reason he couldn’t fix Linda’s problem so he saw that as a personal failing.

Though for a family that can be tough on others and themselves – Frank’s family came together to support him after he had been booed offstage at his granddaughter’s school. Freedom of Speech goes for everyone but they had just been nasty to Frank. And they hadn’t given him a chance to express his own side.