Bobbi Kristina Brown Being Allowed to Die in Peace: Condition Worsens Off Medication After Move to Hospice 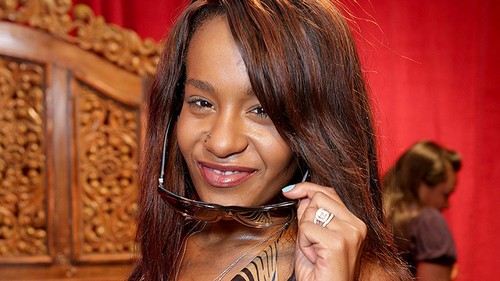 Bobbi Kristina Brown’s health is not improving, and unfortunately, according to Bobbi Kristina’s aunt Pat Houston, her condition is actually getting worse. Pat Houston said in a statement to E! News, “Despite the great medical care at numerous facilities, Bobbi Kristina Brown’s condition has continued to deteriorate. As of today, she has been moved into hospice care. We thank everyone for their support and prayers. She is in God’s hand now.” Bobbi has been taken off medication and is being allowed to die in peace according to TMZ.

As you know, Bobbi Kristina was found unresponsive in her bathtub back in January, 2015, close to three years after her mother, Whitney Houston was found dead in a bathtub at the Beverly Hilton hotel in Beverly Hills, California. Bobbi Kristina Brown has been in a medically induced coma ever since they first found her.

Brown family sources have revealed that after consulting with a top brain specialist last week in Chicago, the family discovered that there was “no hope,” of Bobbi Kristina Brown ever coming out of her coma. The family then discussed the new information and decided it was best to let Bobbi Kristina Brown die naturally, and at peace.

Bobbi Kristina’s grandmother, Cissy Houston, revealed last month that she would accept Bobbi Kristin’a death. Of course, we all know what she meant was that she would accept the life insurance money after her granddaughter passes away. She said, “She’s the same, she’s not progressing at all. She’s not gone yet, but you know, whatever the Lord decides, I’m ready for her…I have nothing to do with that. That’s His job. It’s His territory, you know? And I understand it.”

What do you think? Are the Houston and Brown families finally making the right decision in letting Bobbi Kristina Brown pass away naturally, or do their ulterior motives taint their decision regardless? Let’s not forget that when Bobbi Kristina Brown is dead Pat and Cissy Houston get to split up a $20 million inheritance with Whitney Houston’s brothers. Let us know you thoughts in the comments below.