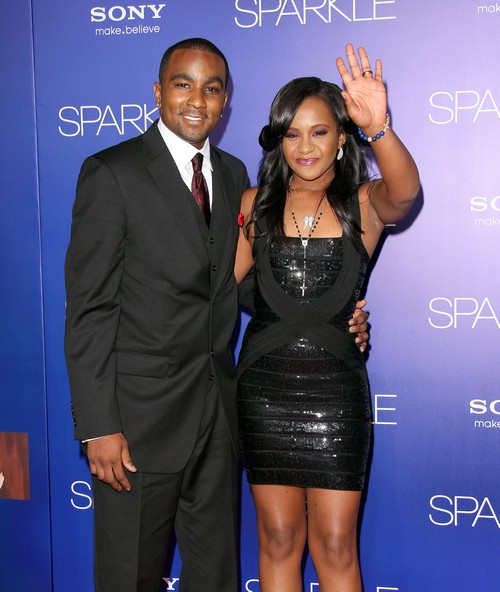 Bobbi Kristina Brown’s cause of death has been discovered but the final autopsy report is not released pending a criminal investigation allegedly involving Nick Gordon. An order was issued by Fulton County Superior Court ordering the medical examiner not to release any further information to the public and the record has been sealed pending a criminal investigation. The press release, dated September 25 and amended on September 26 states that the medical examiner’s office “has classified the cause and manner of Bobbi Kristina’s death based on information available.”

What does this mean? The police are investigating the death of Whitney Houston’s only child as a murder – or at the very least manslaughter. Nick Gordon – Bobbi Kristina’s boyfriend – is the number one suspect – though he hasn’t been charged with anything yet. He has constantly denied any involvement in his girlfriend’s death. The suspect once claimed he and Bobbi were married – but Bobby Brown uncovered the truth. The marriage wasn’t legal and Nick isn’t going to see one penny of Krissy’s $20 million inheritance.

Bobbi Kristina Brown’s conservator filed a civil lawsuit against Gordon in June prior to Bobbi’s death. Nick is accused of physically abusing the 22-year-old and making unauthorized withdrawals from her bank account. After the young up-and-coming entertainer was removed from life support and died the lawsuit was amended to add a count of wrongful death against Gordon.

Nick Gordon is going to have to face the music at some point – the Roswell police may come knocking on his door any day now. Reportedly he was the last one to see Bobbi Kristina alive – and he was the one who made the 911 call. Whitney Houston’s “adopted son” has maintained his innocence since day one – even making an appearance on the Dr. Phil show in March – where he slurred his words and threatened to take his own life.

The Brown and Houston families certainly believe Nick Gordon is guilty of killing Bobbi Kristina and it has been confirmed that the Roswell police department is conducting a criminal investigation. The Fulton County District Attorney may file charges against Nick in the not-to-distant future. The suspect should find himself an excellent attorney because the Houston and Brown families are not going to back down until they have justice for Krissy.

What do you think the autopsy report reveals? Many reports have said that there were drugs in Bobbi’s system, that she has sustained a blunt force to her head and even that she had been placed in the bathtub face down after being struck in the head. Let us know what you think in the comments below and come back to CDL for updates on the Bobbi Kristina Brown case as well as all your celebrity news, rumors and gossip.